CONGRATULATIONS to the team for a magnificent FCIAC win vs Staples at Wilton to become the 2019 FCIAC Champs!

The team started off strong with the first win of the day at Doubles 1 with Romano De Caprio and Chris Calderwood first off the court with a solid 6-2, 6-1 victory over Bradley Sheppard and Jake Greenwald. With strong serving and great hands at the net, this team got the ball rolling.

Michael Karr was the next court off at Singles 1 with another decisive win against Eric Stein 6-3, 6-0. It was a terrific match also featuring strong serving and Michael’s great groundstrokes.

Staples then won Singles 3, although Nick Derby put up a great fight against Staples’ Tighe Brunetti. The Doubles 2 team of senior and Co-Captain Tyler Cramer and junior Ian Wise also lost in a very tight match that went to three sets, 1-6, 6-3, 6-4. With the teams tied at 2-2, parents and fans found themselves pacing between Singles 4, Singles 2, and Doubles 3.

The Doubles 3 pair of Sergei Doroshin and Andrew Kelley were the next team off with a huge win for the Darien team. The momentum seemed to shift by the minute in this match. After winning the first set 7-5, Doroshin and Andrew got down in the second 4-5 but fought back with intensity to take the next three games and second set 7-5 as well. No matter the location at the courts at Wilton, the play-by-play status of this match was broadcast by Sergei’s volume.

Ryan Patrick at Singles 2 and Ethan Zhang at Singles 4 were the last two matches left. Patrick cruised to an easy first set victory 6-3 and was up 5-1 in the second before Robbie Daus of Staples charged back to take the second set in a tiebreak 7-6. Meanwhile, the reverse was playing out on the Singles 4 court. Zhang dropped the first set to Jack Tooker 4-6, but came back to take the second set 6-4.  With Patrick down 3-5 in the third, the team erupted with joy when Zhang, after two and a half hours of grueling match play, took the win with 6-3 in his third set and clinching the first FCIAC Championship title for Darien in 30 years.

Congratulations to the boys and to Coach Underhill, who was named FCIAC Coach of the Year!

Read the Game Time article about the FCIAC Championships.

Read the Darien Times newspaper article about the FCIAC Championships. 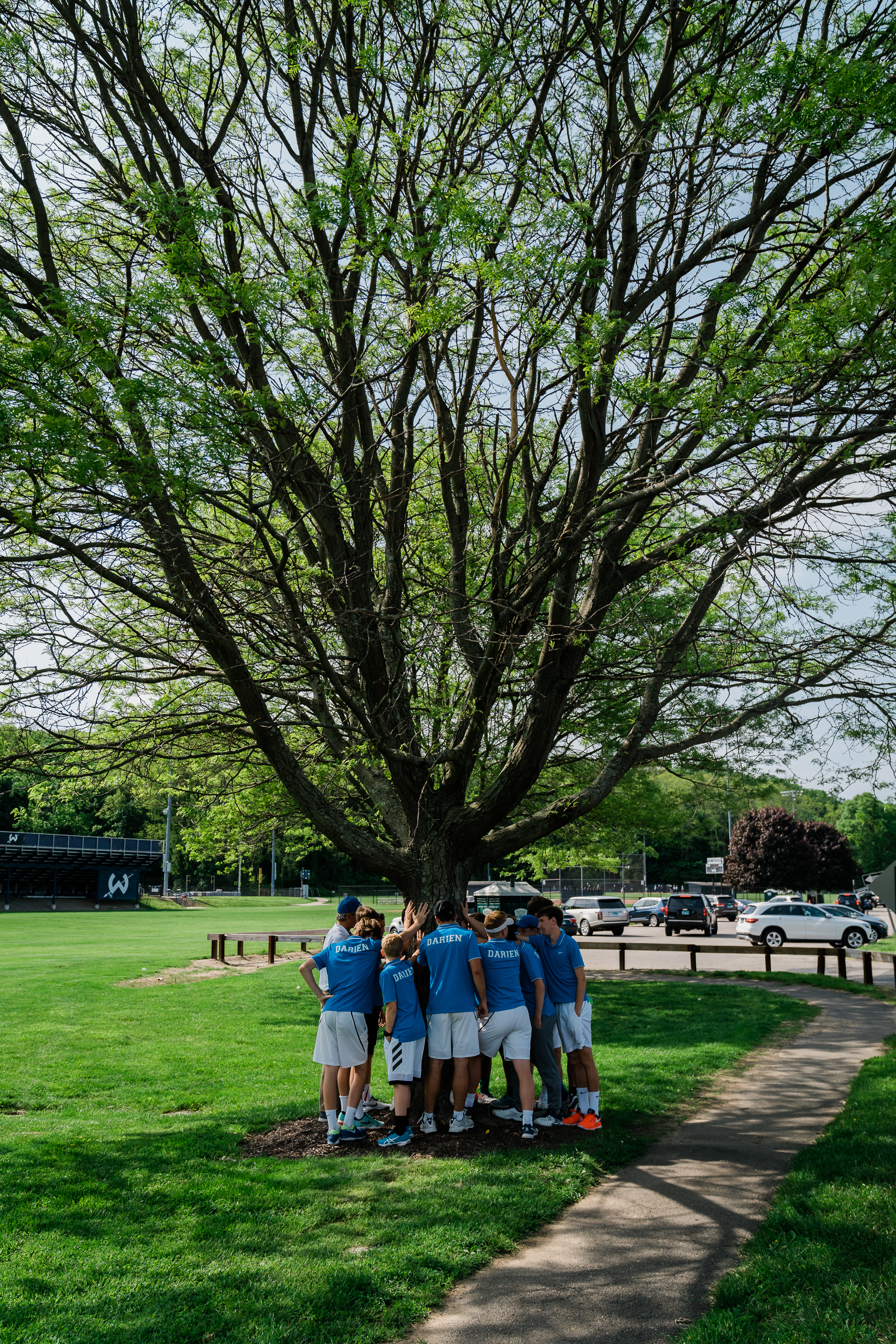 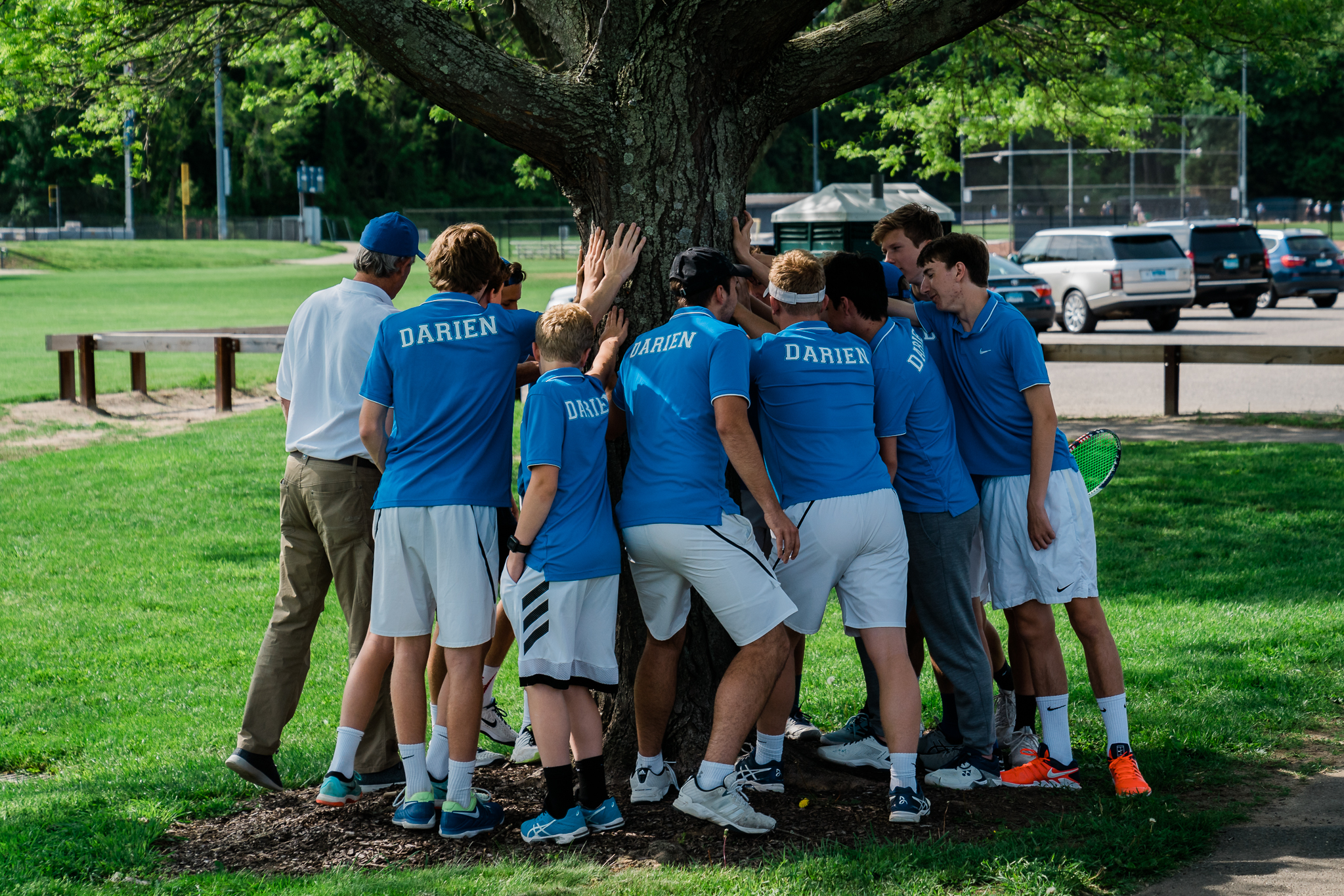 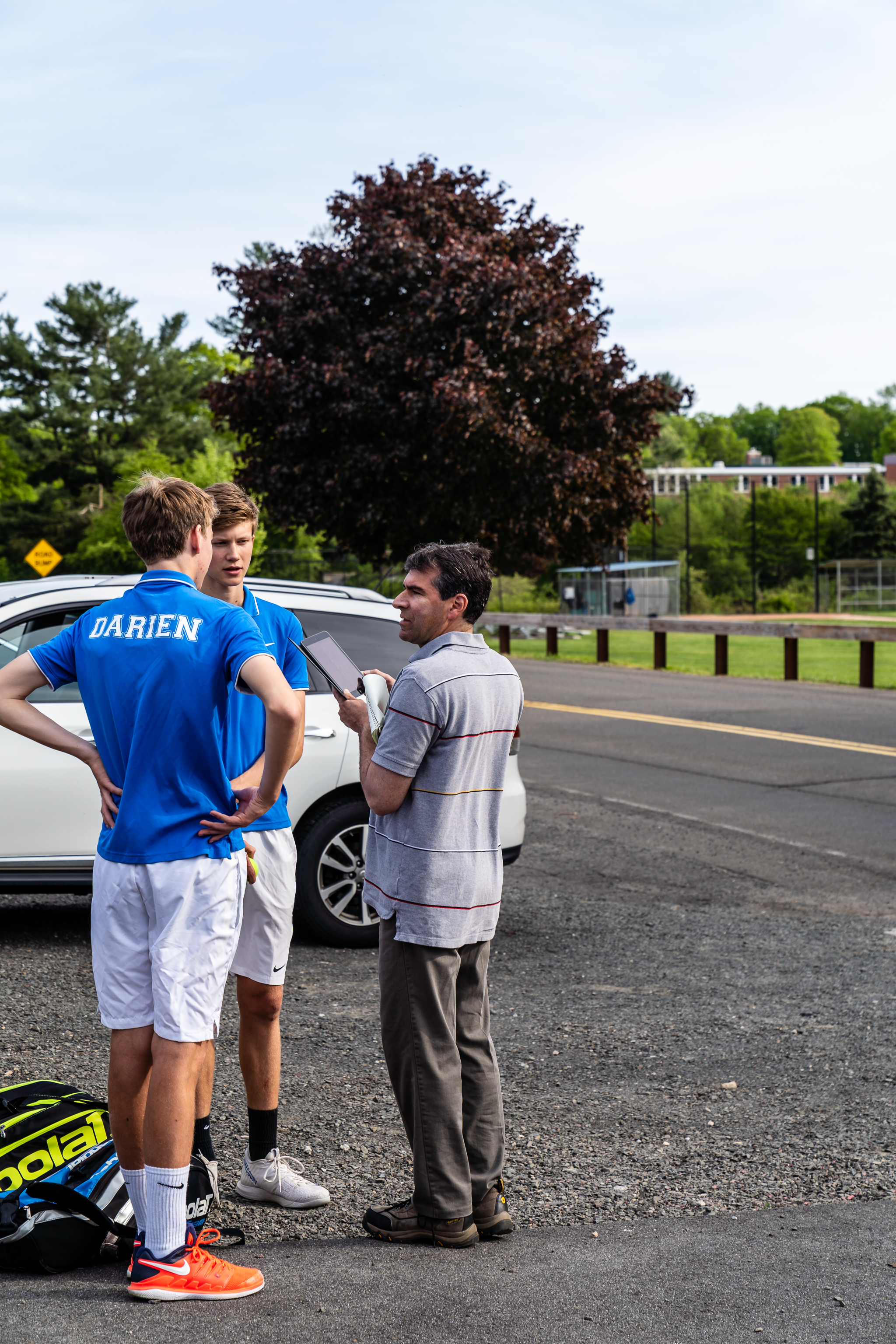 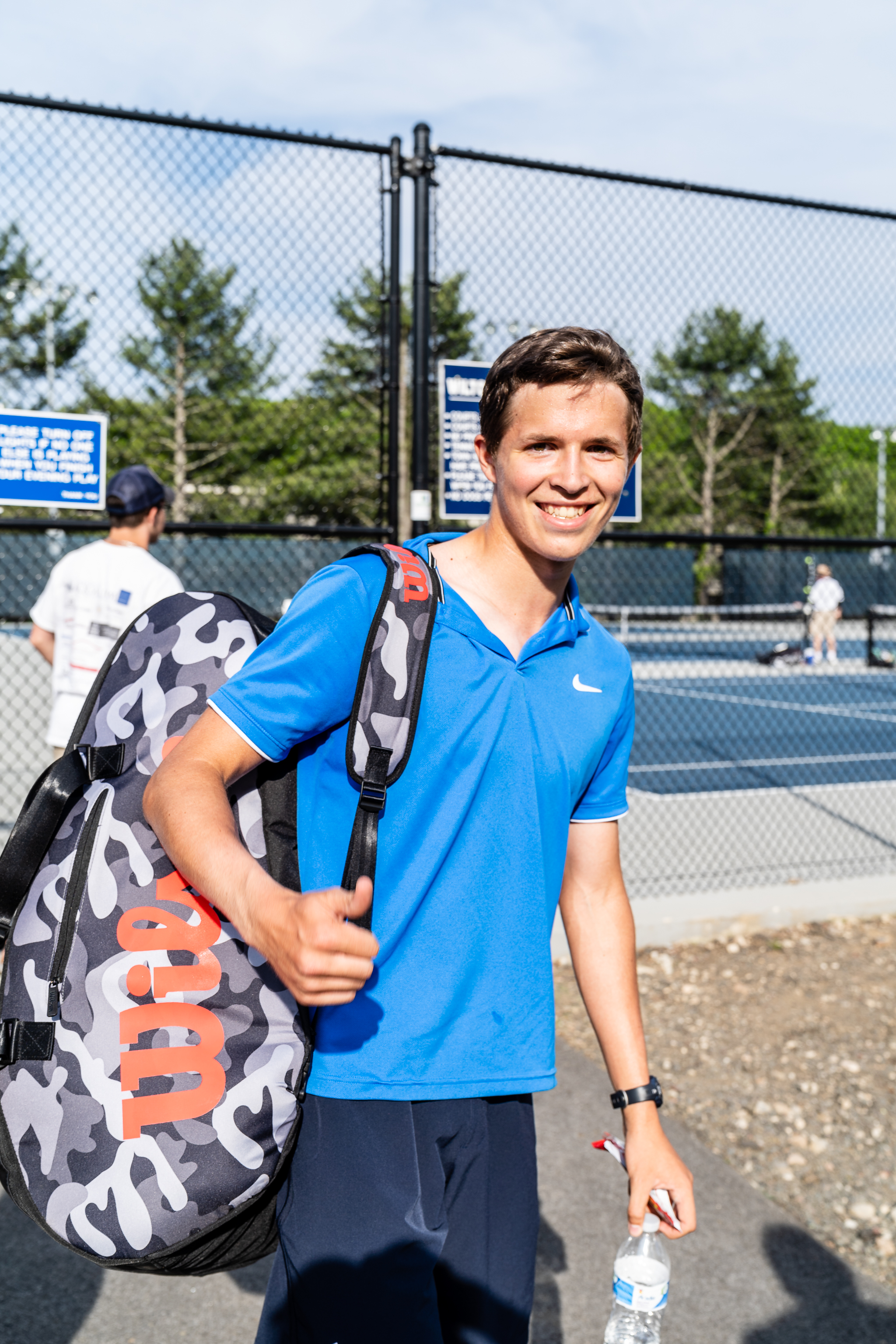 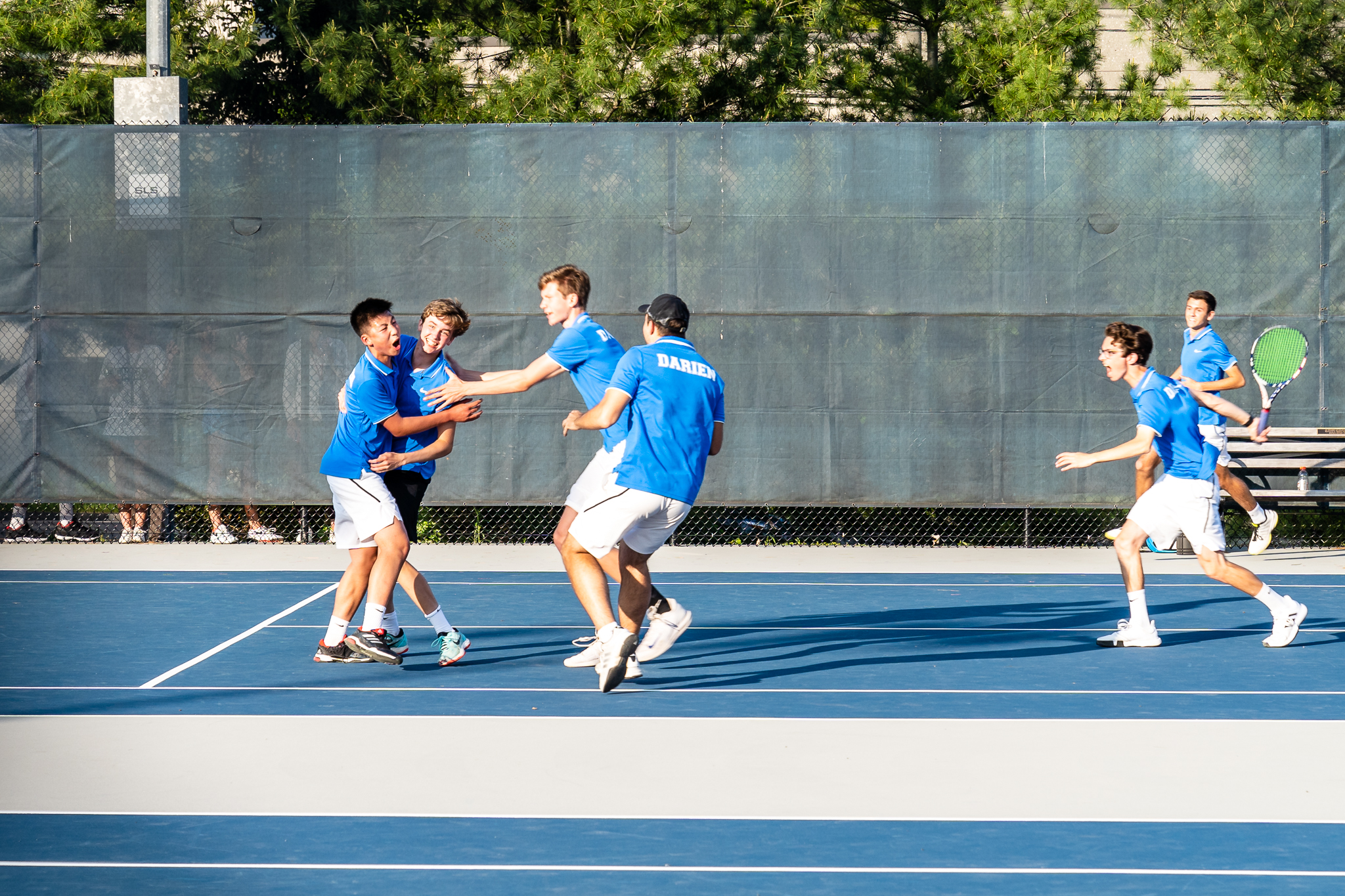 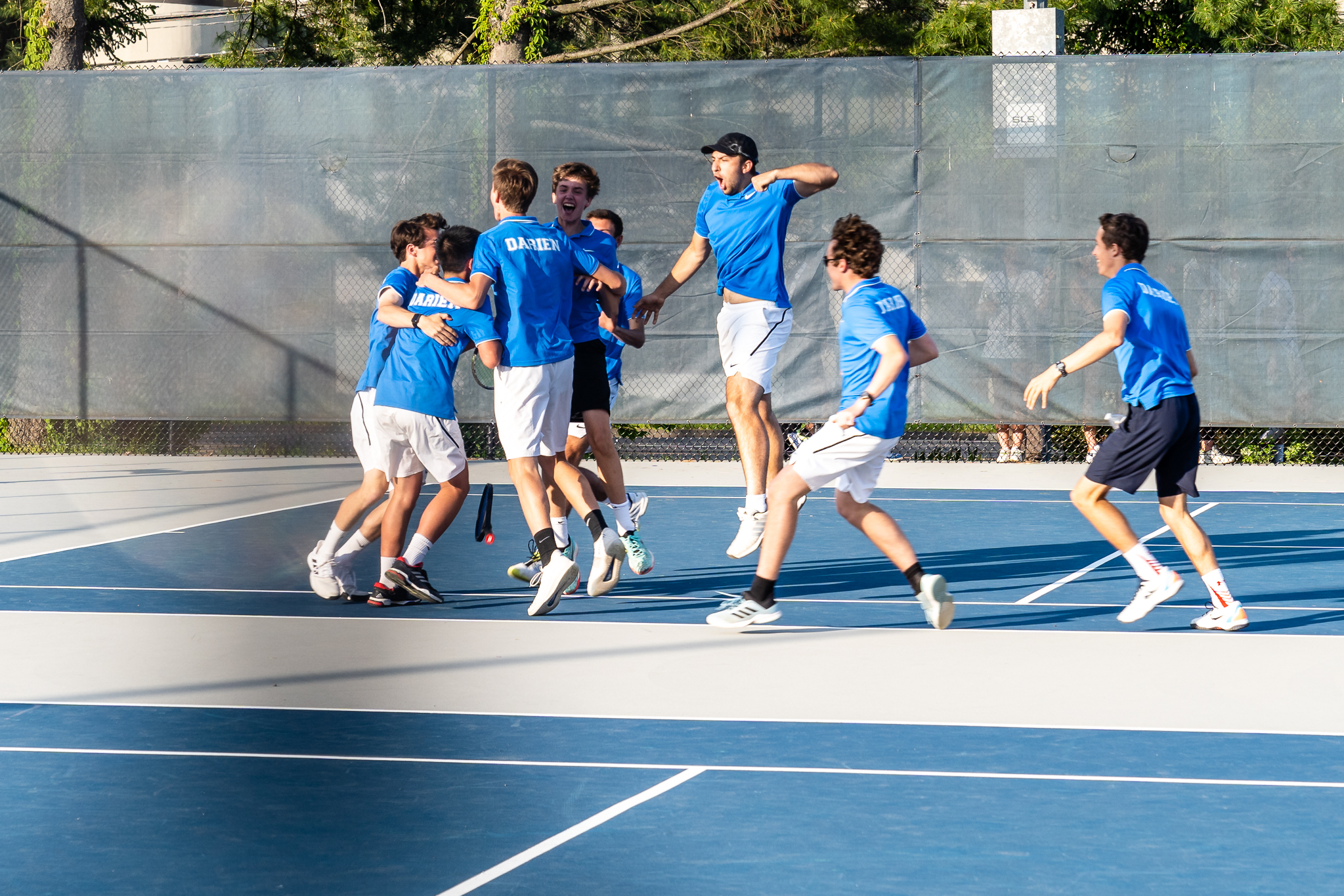 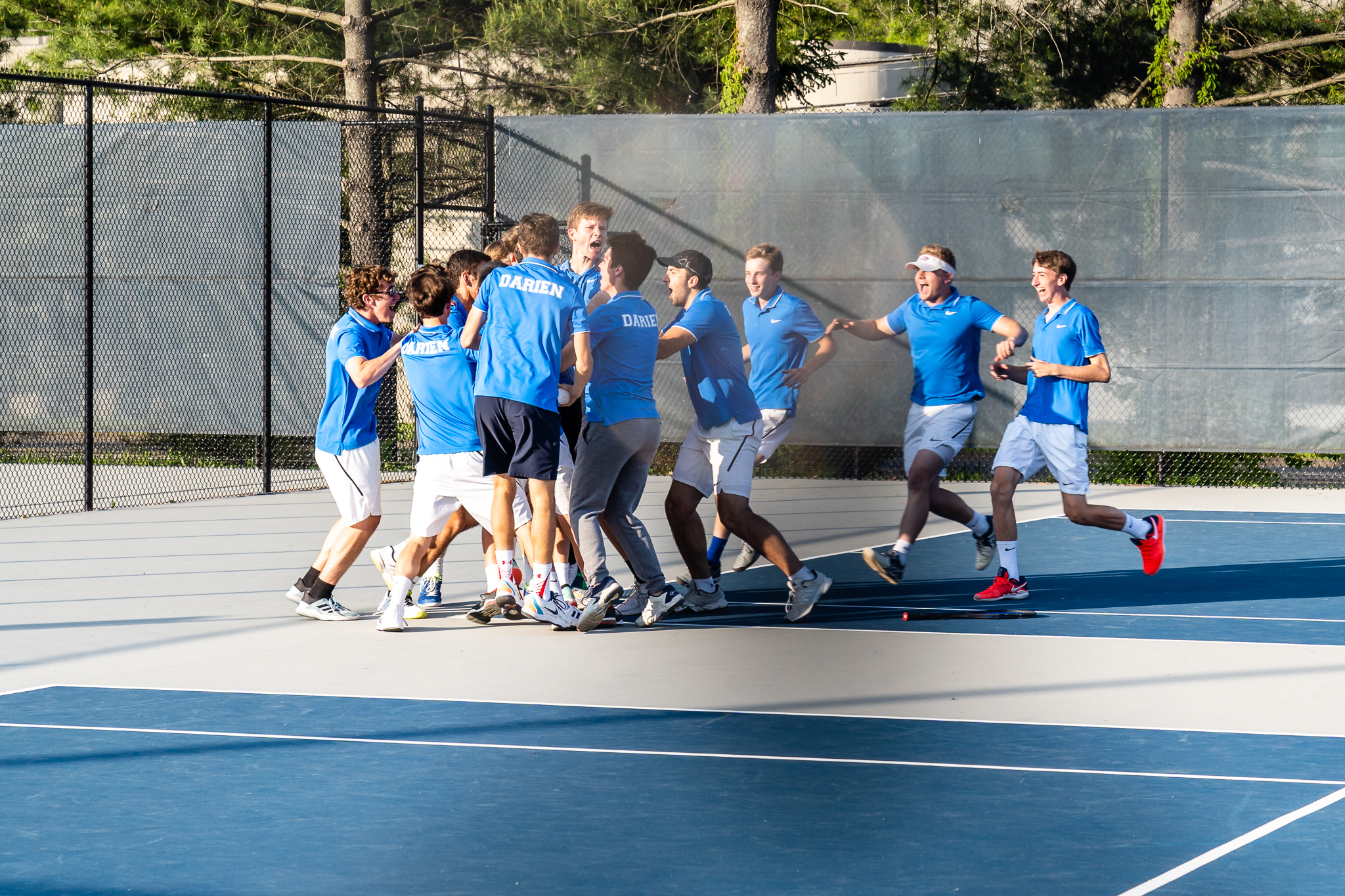 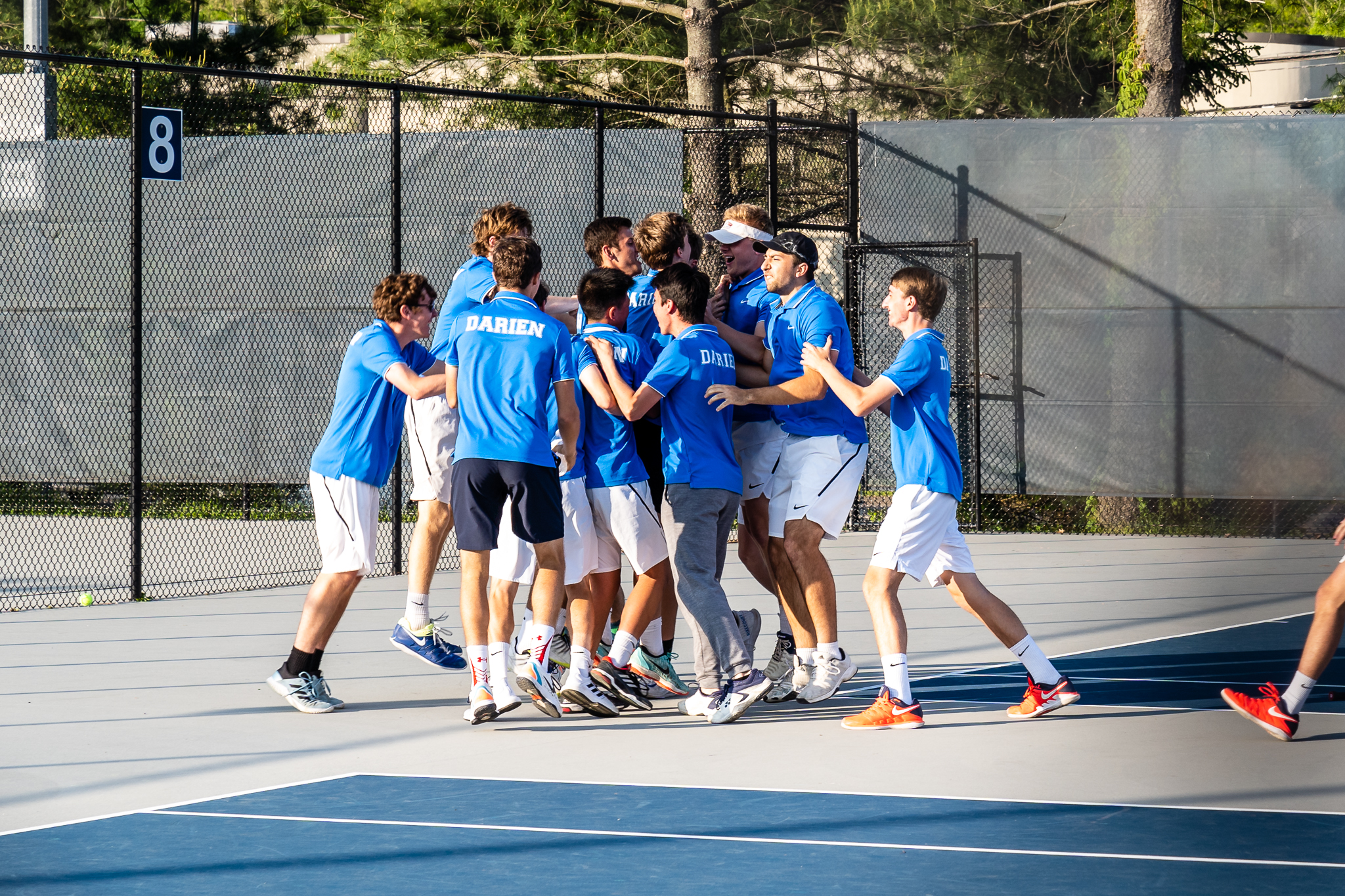 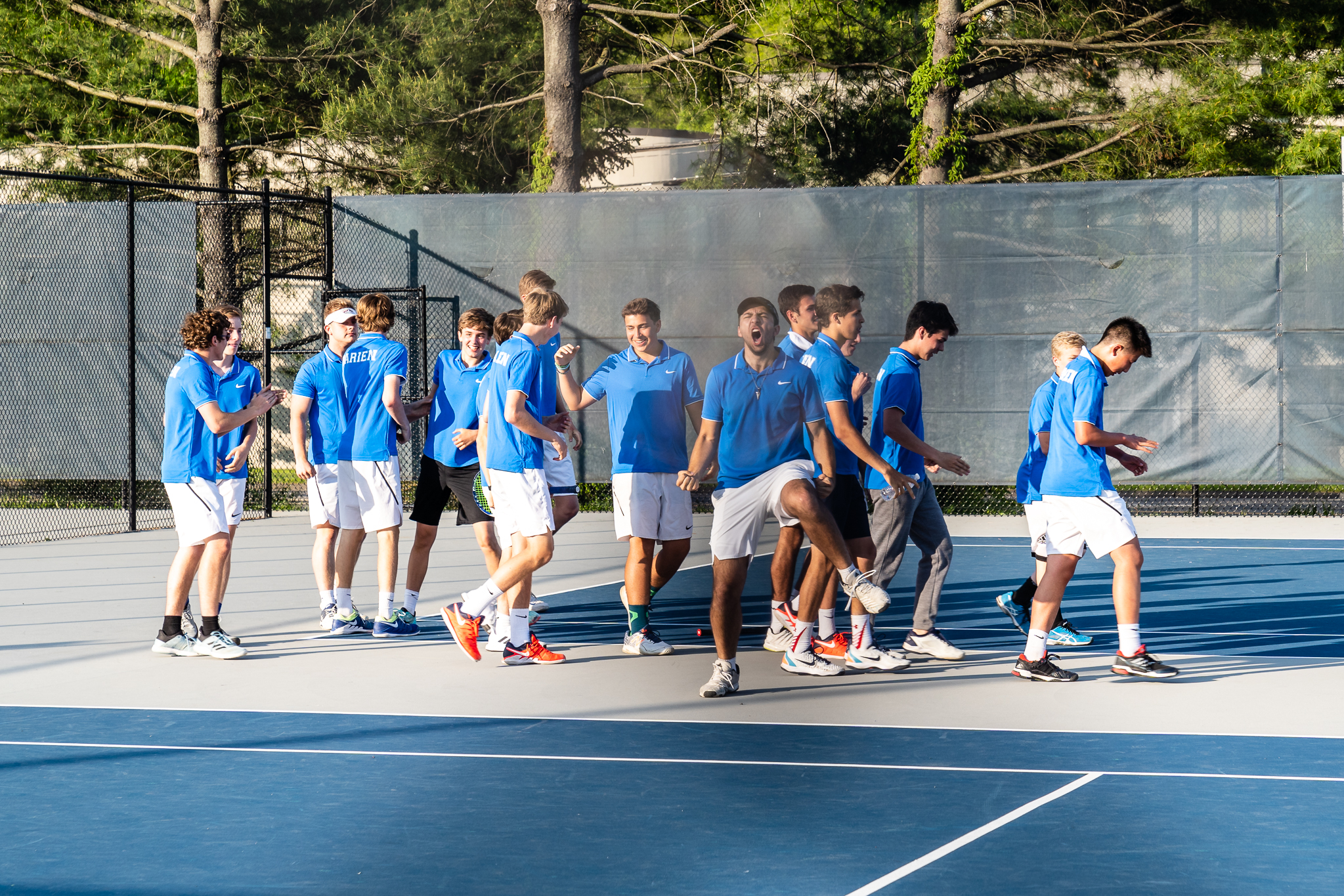 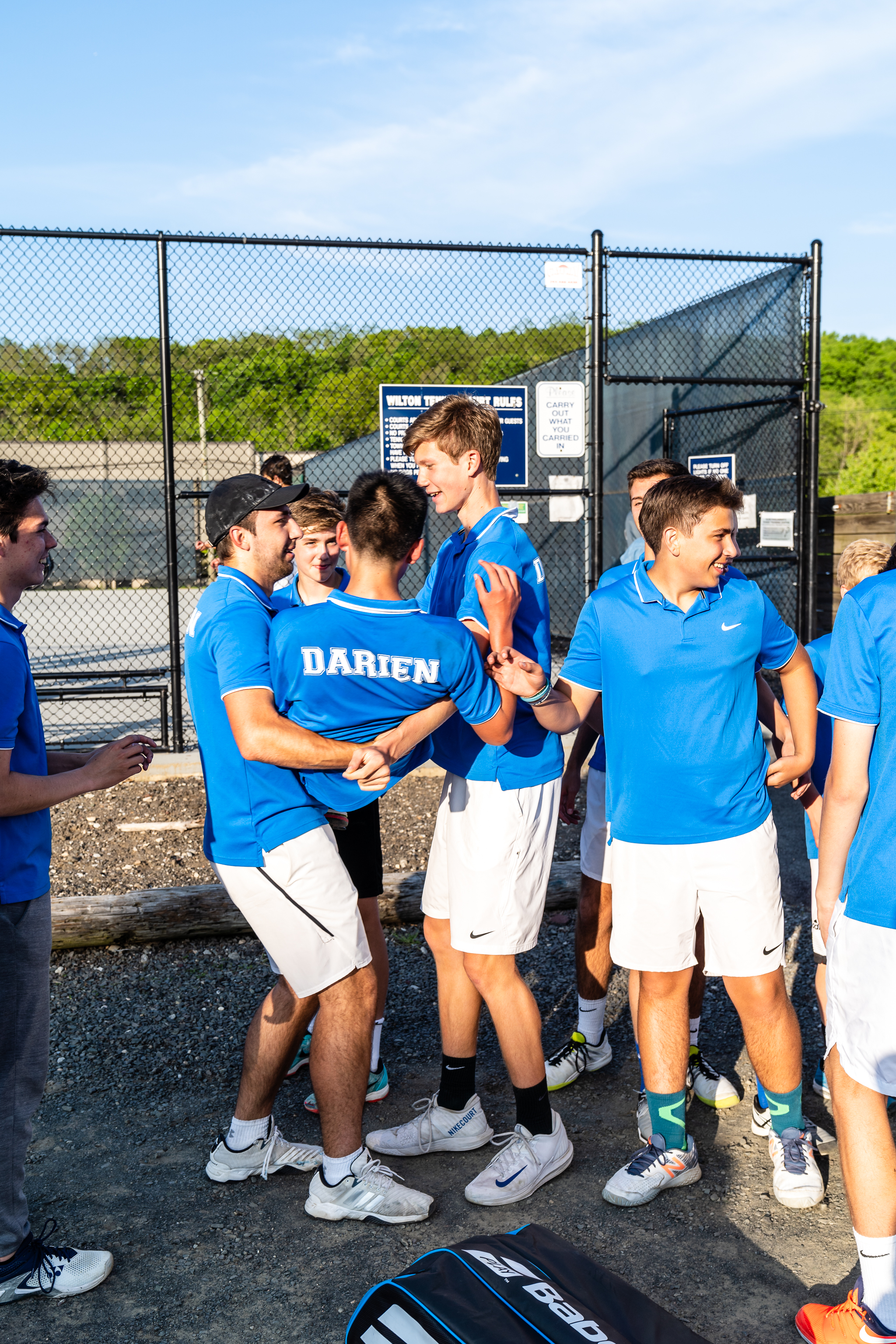 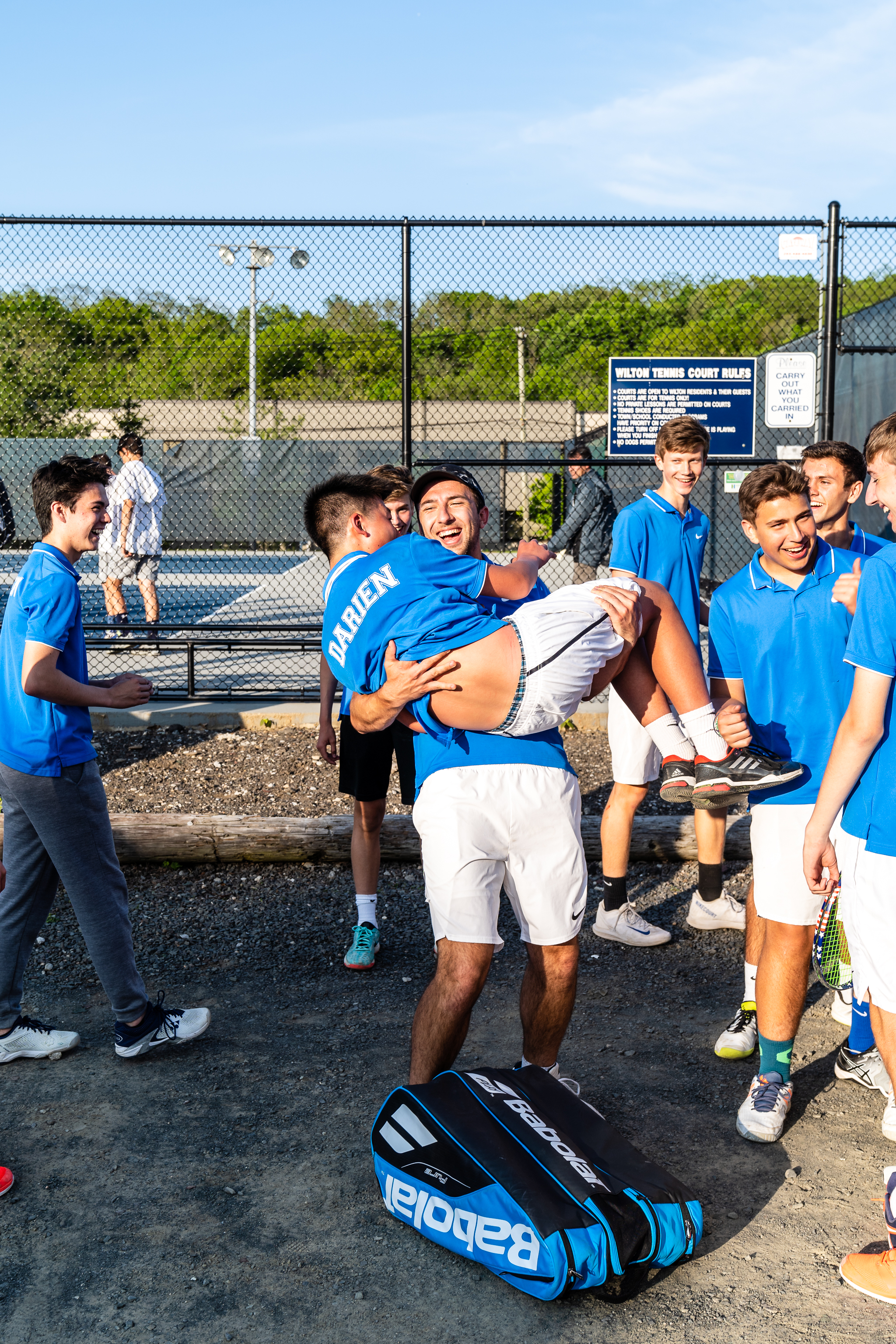 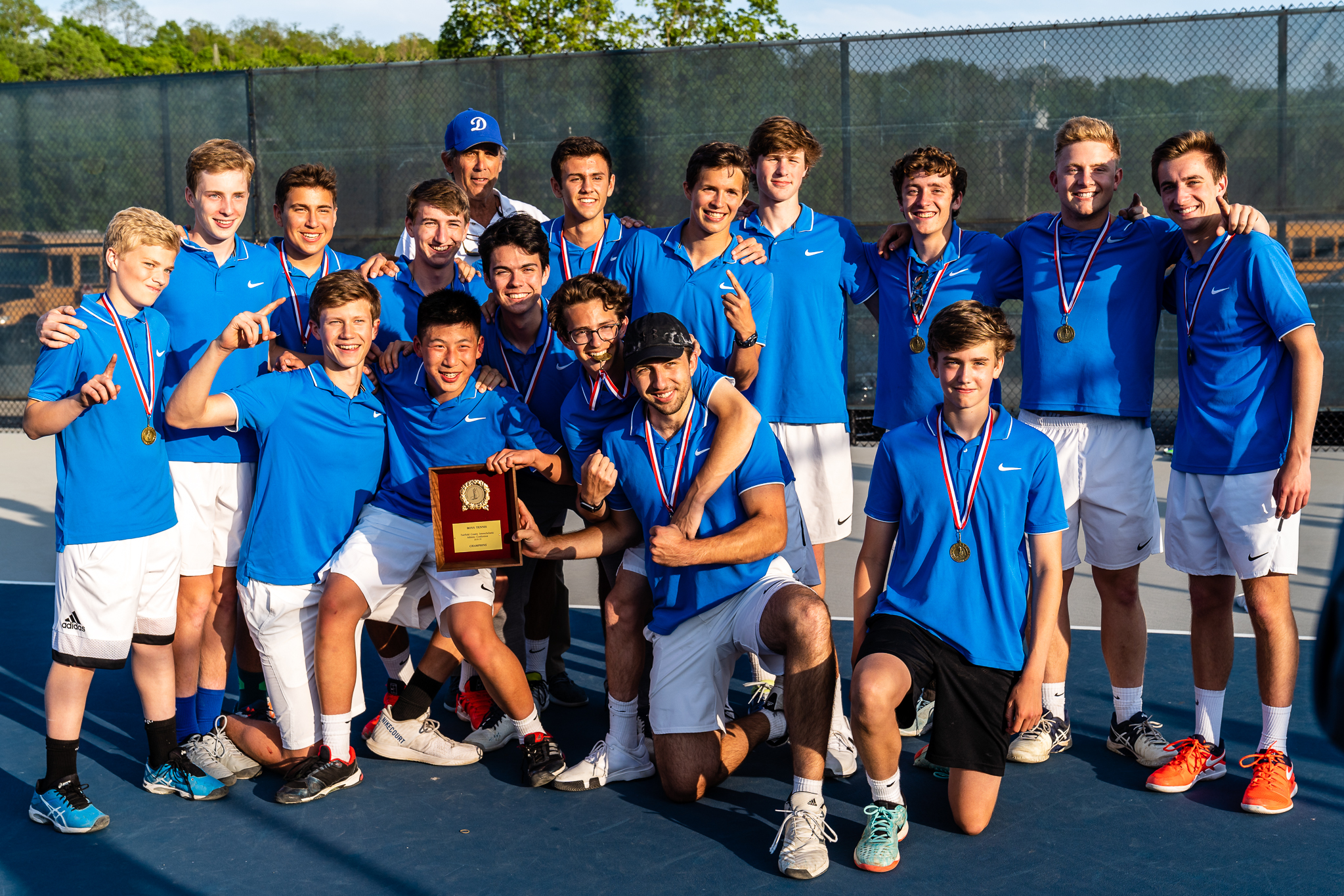 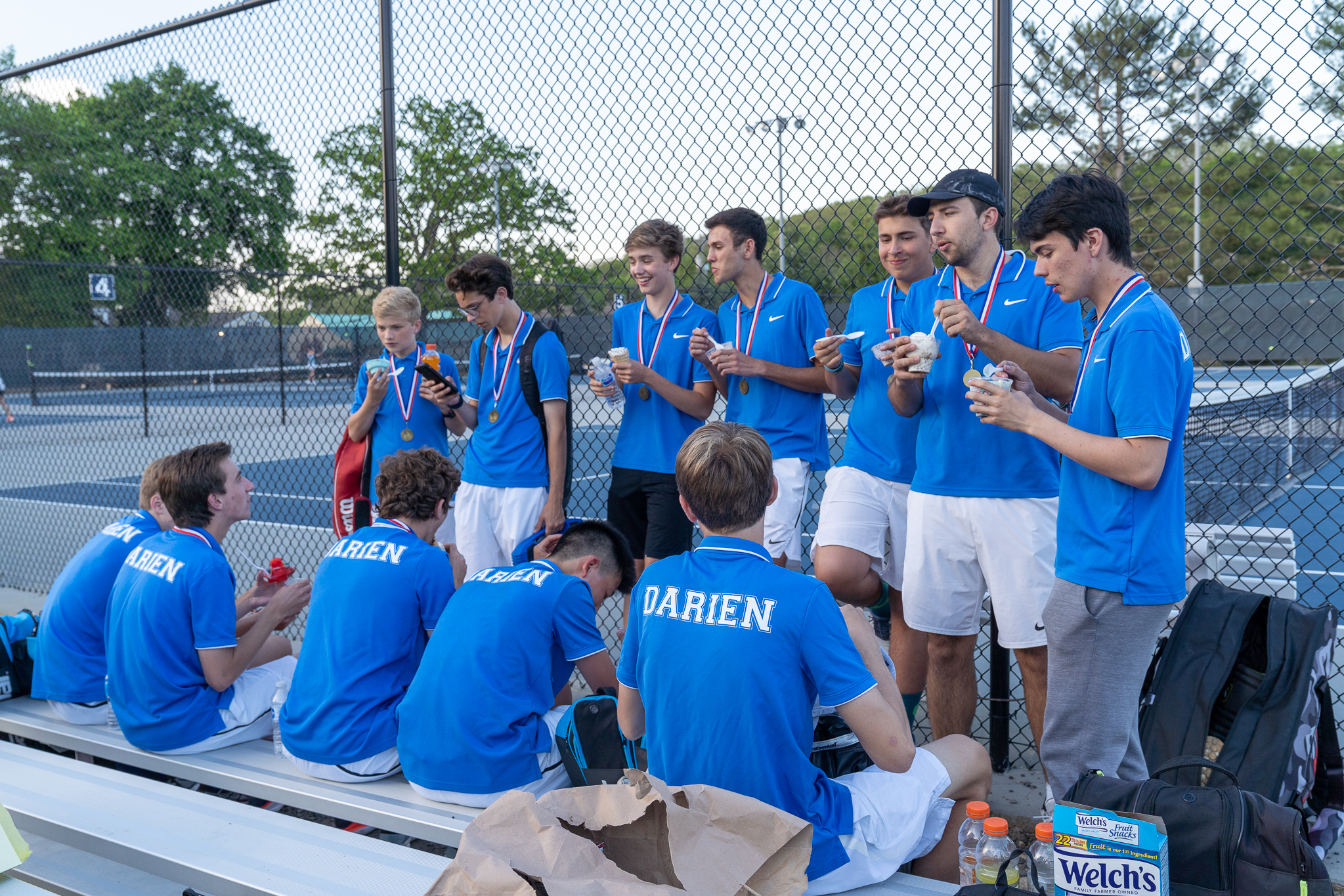