CONGRATULATIONS to the team for clinching the 2019 Class L State Championships today! With the guaranteed point from the playoff between our Doubles 1 and Doubles 3 teams and the huge third-set win from Michael Karr, DHS is now definitively in the lead!

The first match off the court was a well-fought battle between the Doubles 1 team of Romano DeCaprio and Chris Calderwood and the Doubles 3 team of Sergei Doroshin and Andrew Kelley. The first set of this match was all about the serve; only one break decided this set for the D1 team 6-3. In the second set, it was the festival of serve breaking instead, with every player getting broken at least once to put the D3 team up 5-3. The D1 team fought back to close out the set 7-5 and take the match and the point for Darien.

Meanwhile, on the adjacent court, Michael was staging his own comeback in another momentum-swinging match. After losing the first set 3-6, Michael came back hard in the second set 6-3. After getting up 3-1 in the third, the momentum shifted again with Joshua Israel from Daniel Hand coming back strong to take the lead 4-3. In a characteristic display of mental toughness and competitive spirit, Michael came charging back to win the third set 6-4, including breaking Israel at 4-4, to take the match and another point for the team. Well done, boys, and good luck tomorrow in the Finals! 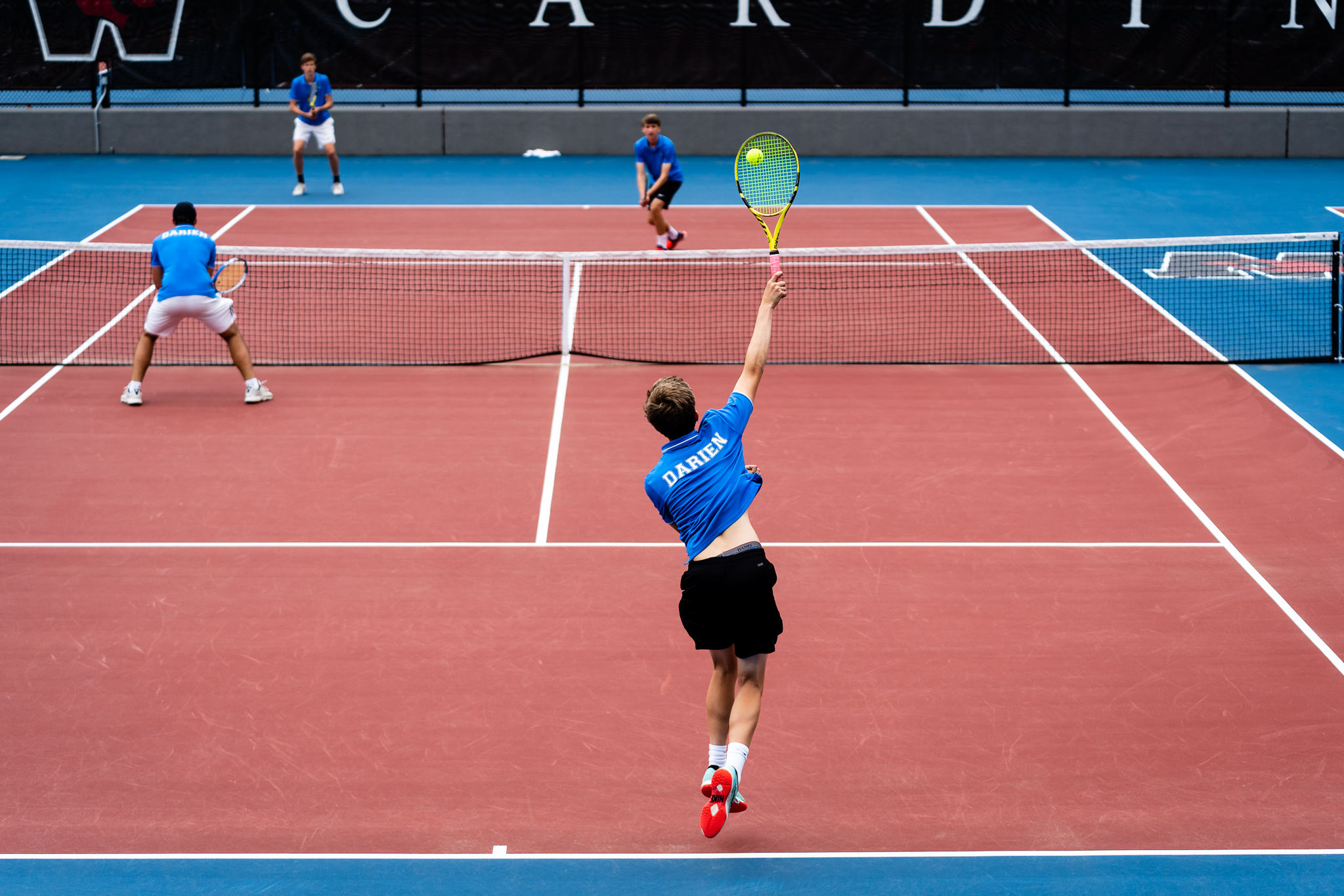 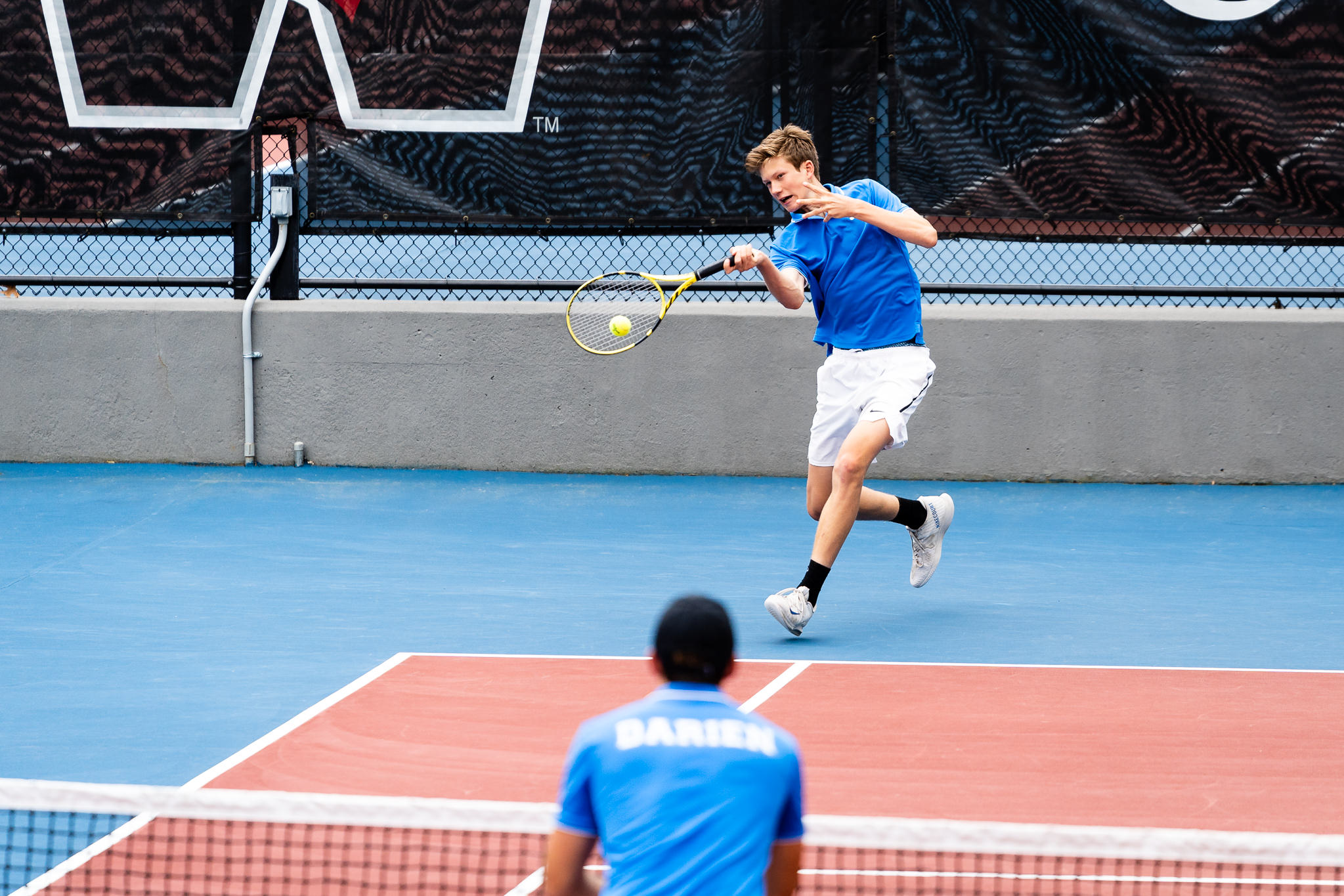 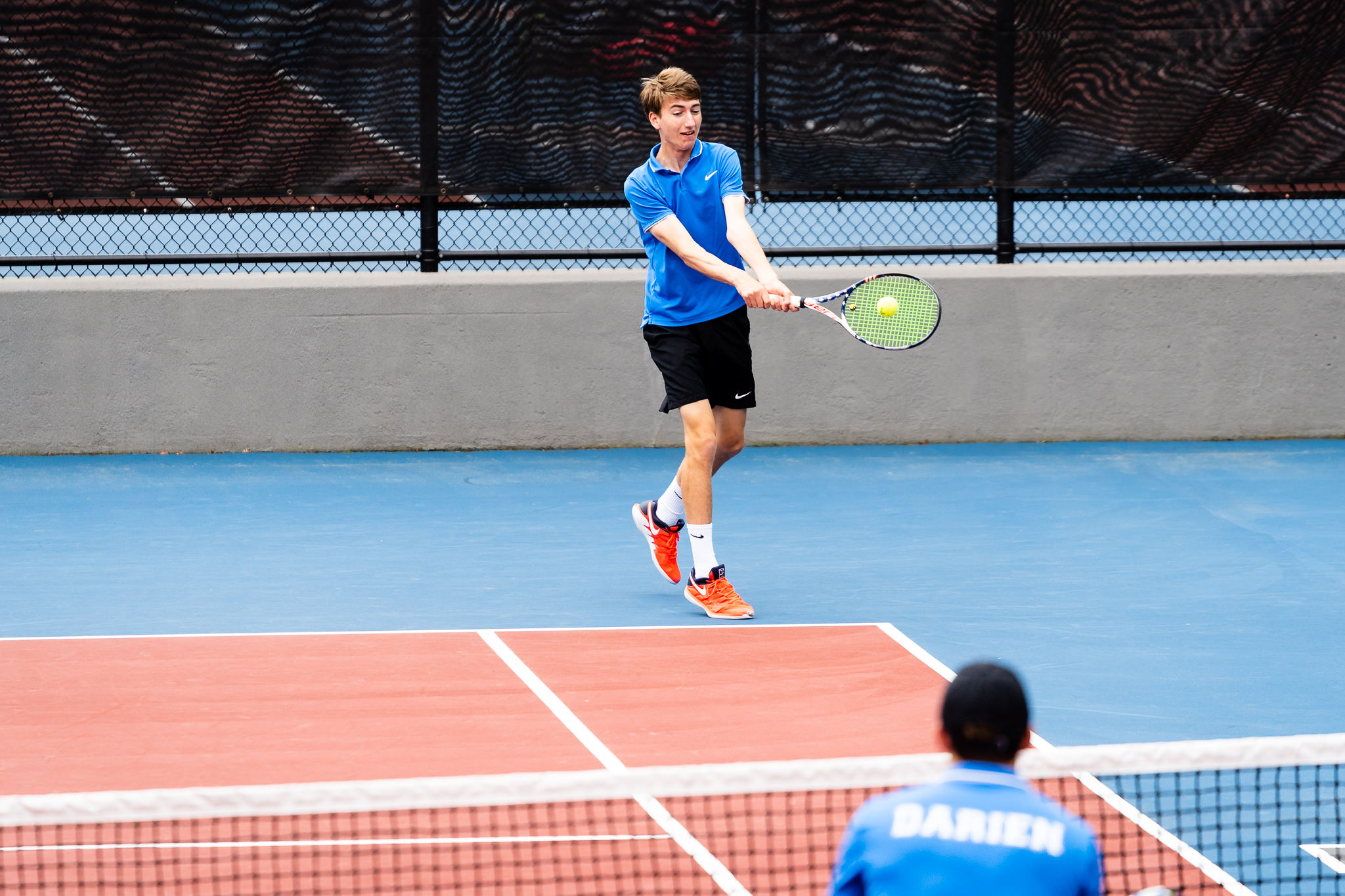 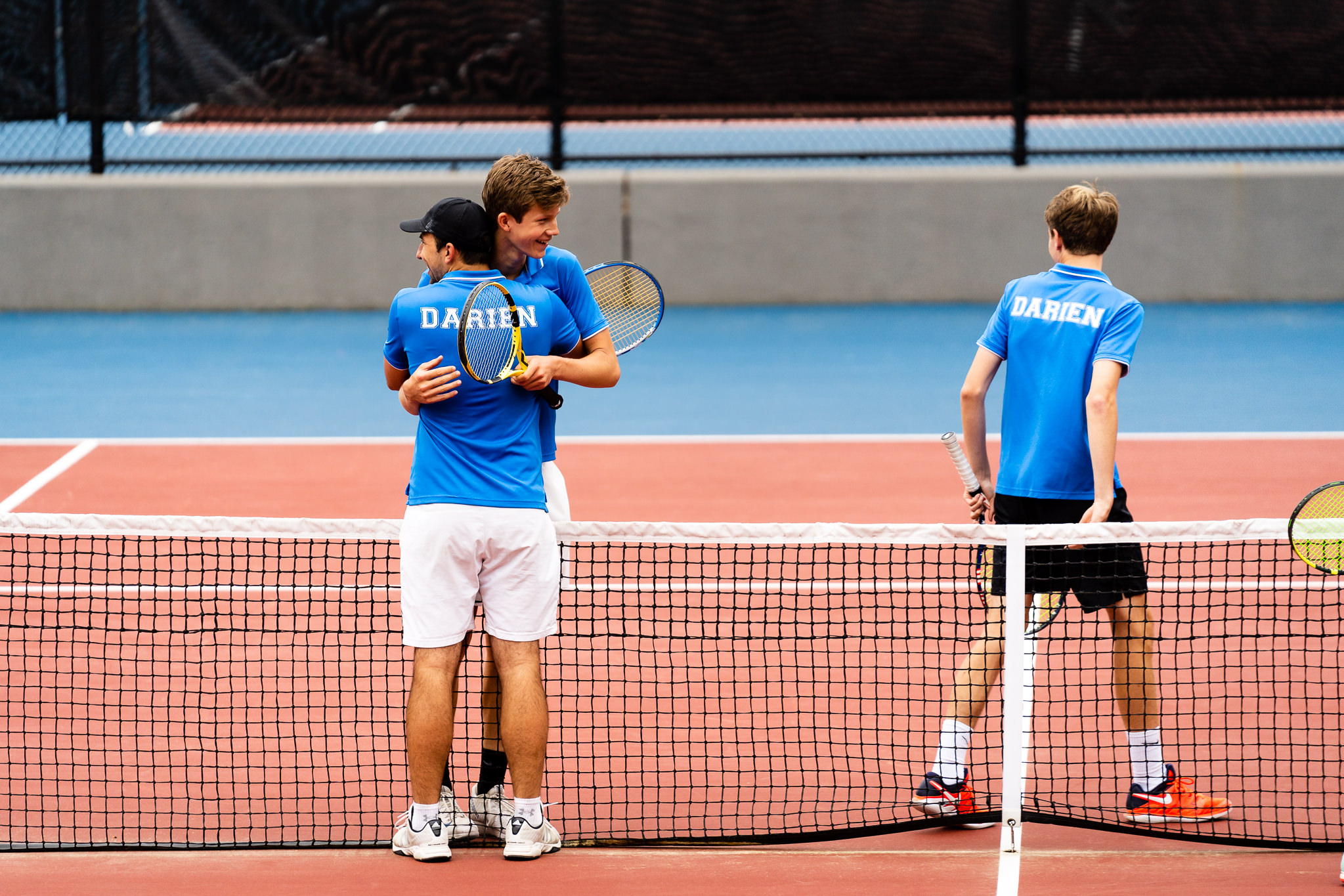 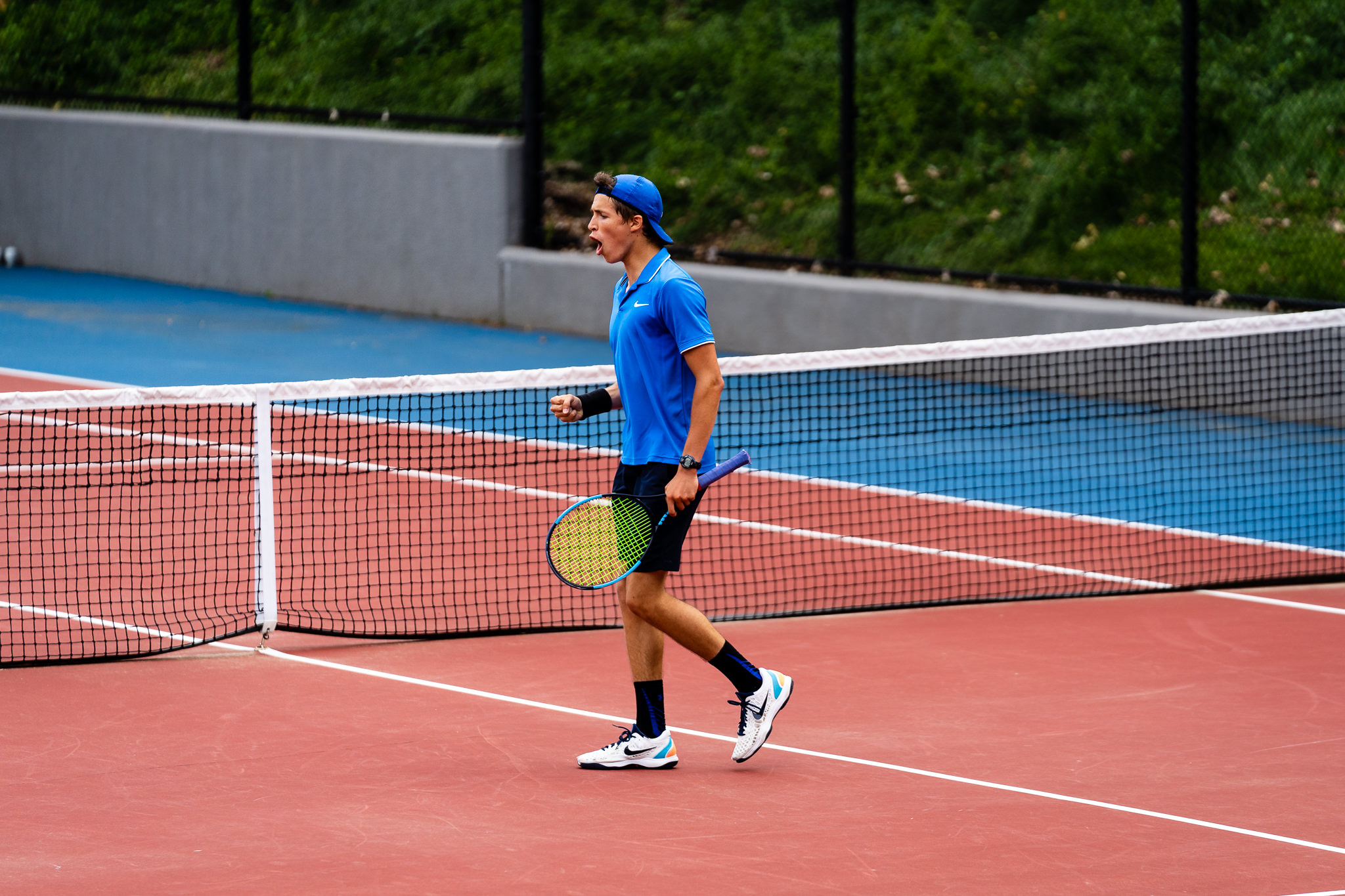 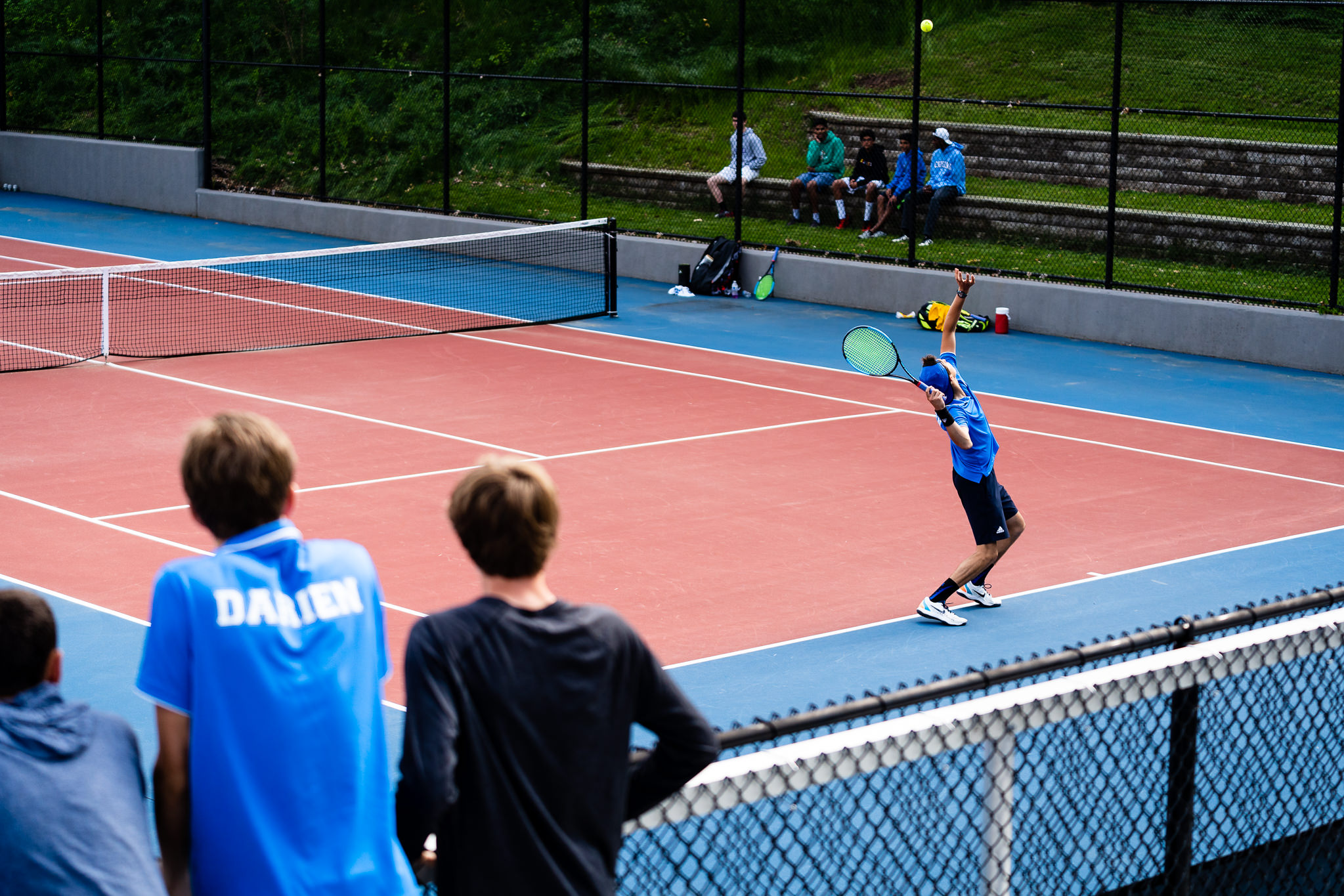 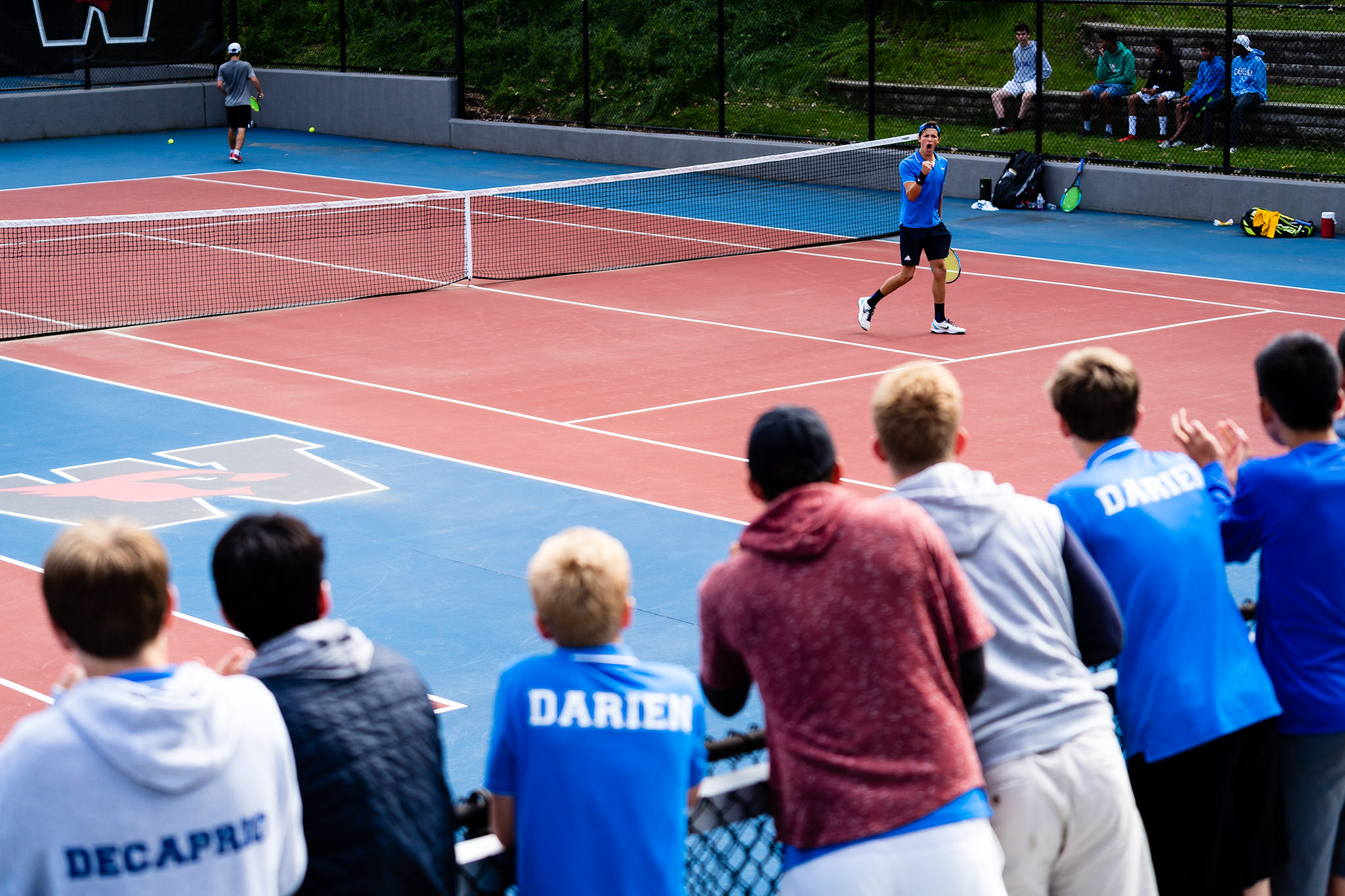 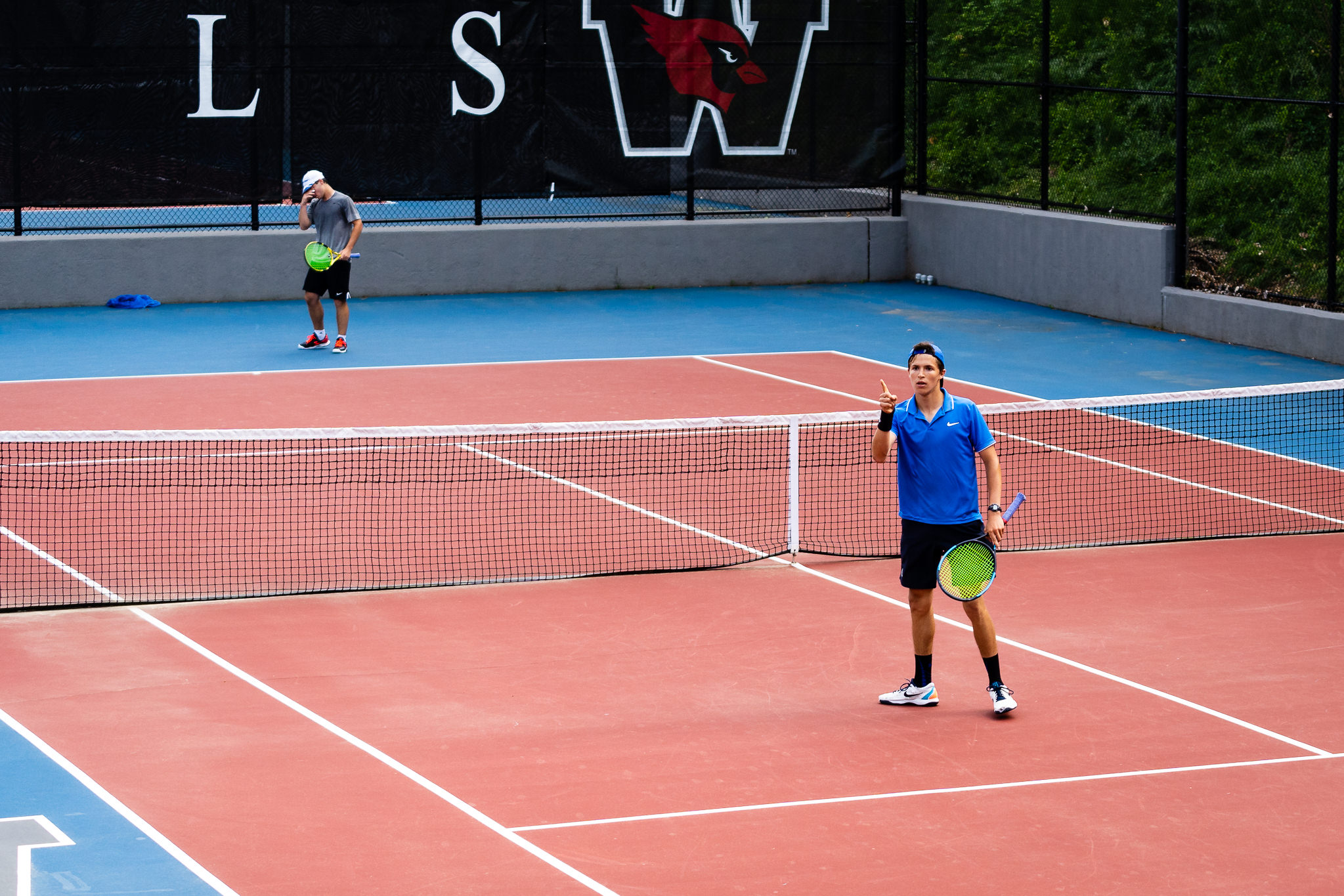 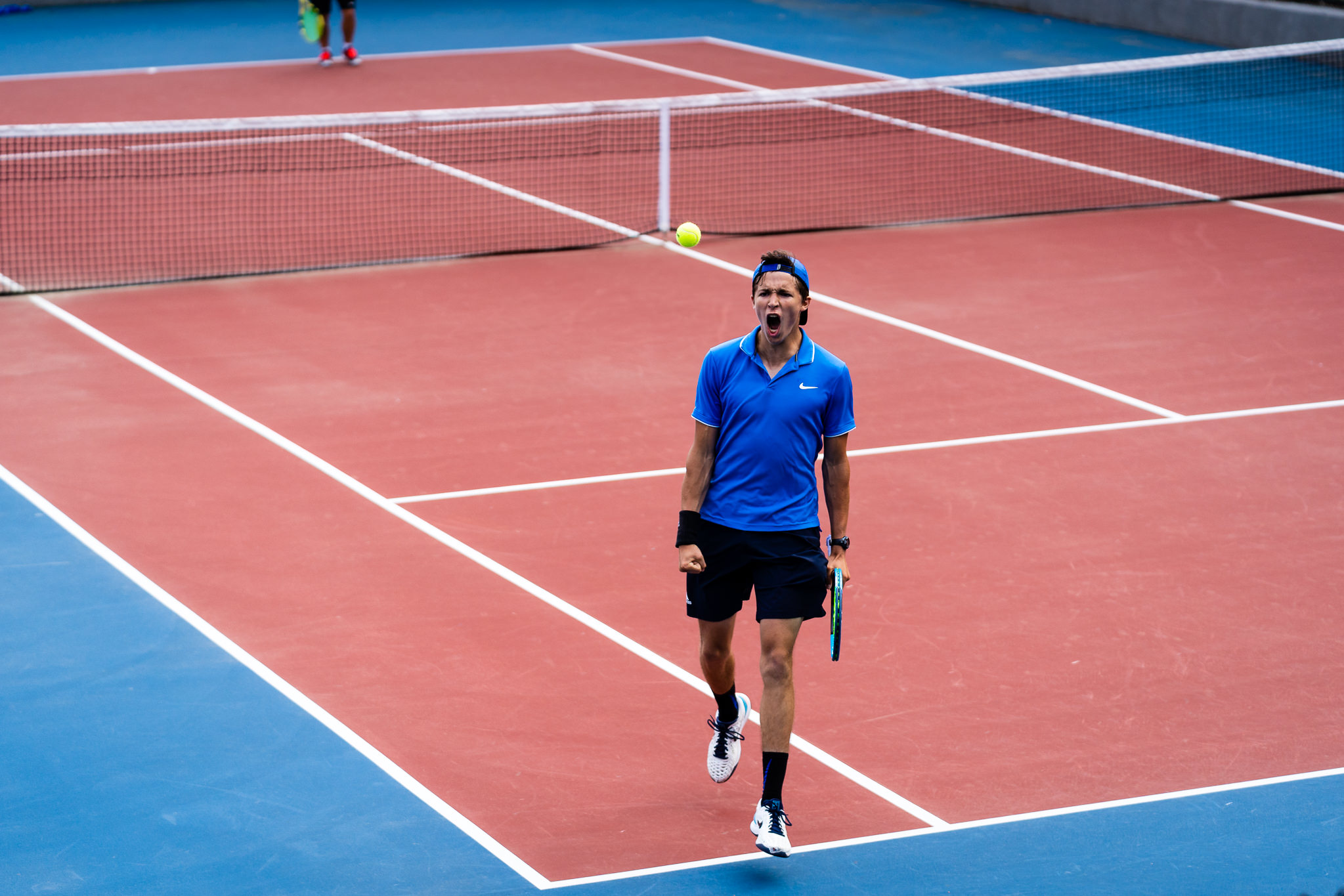 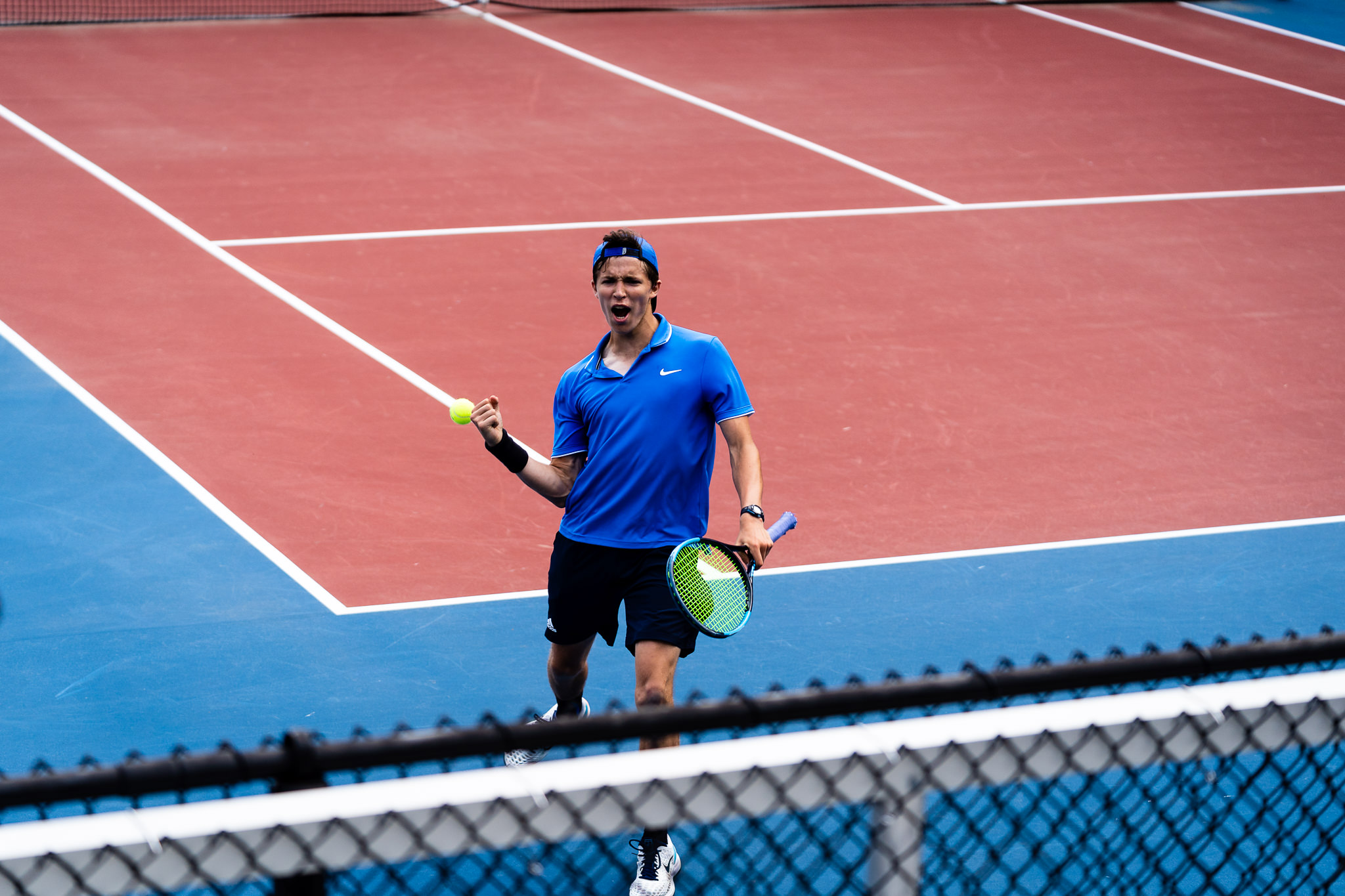 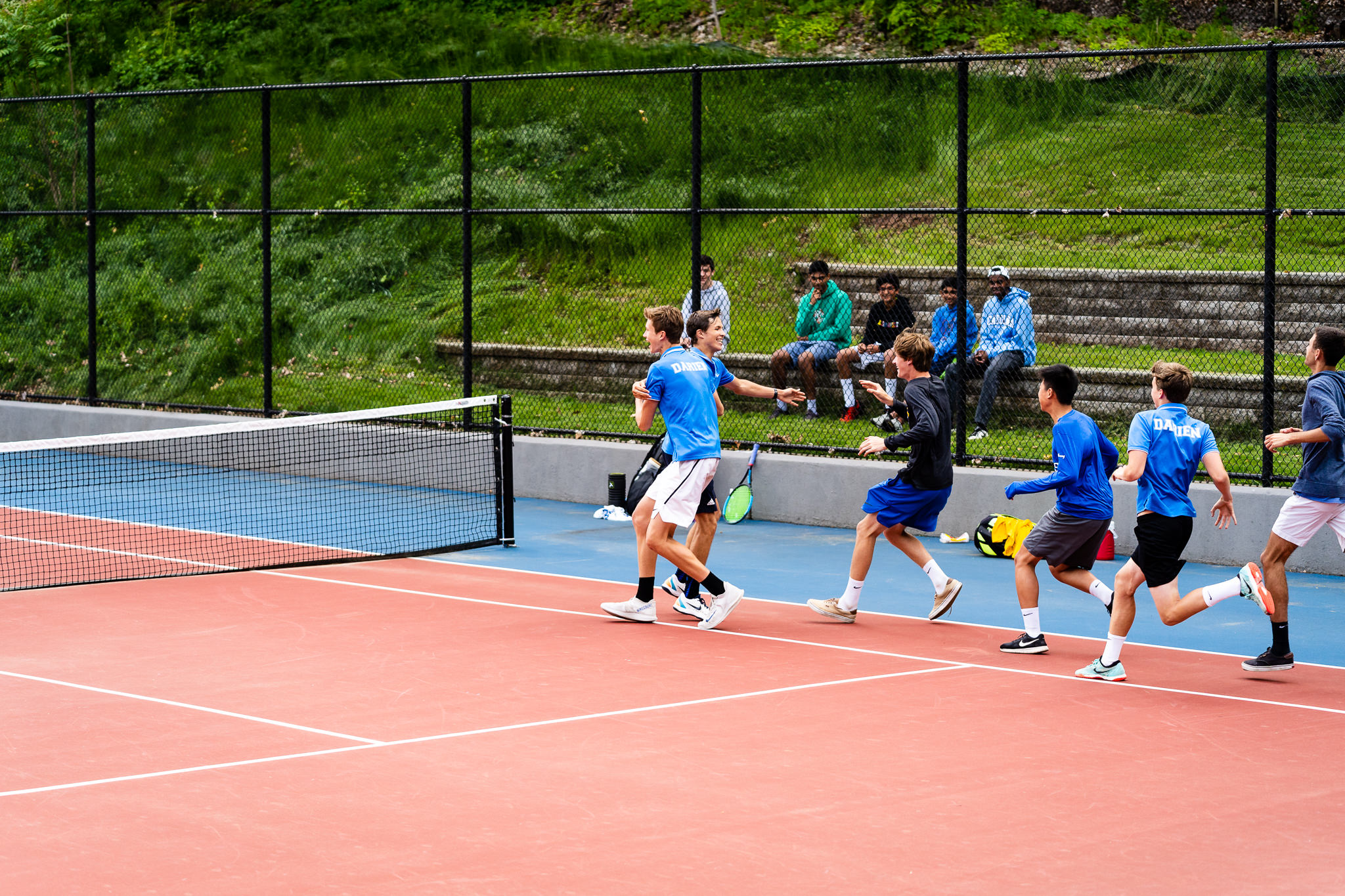 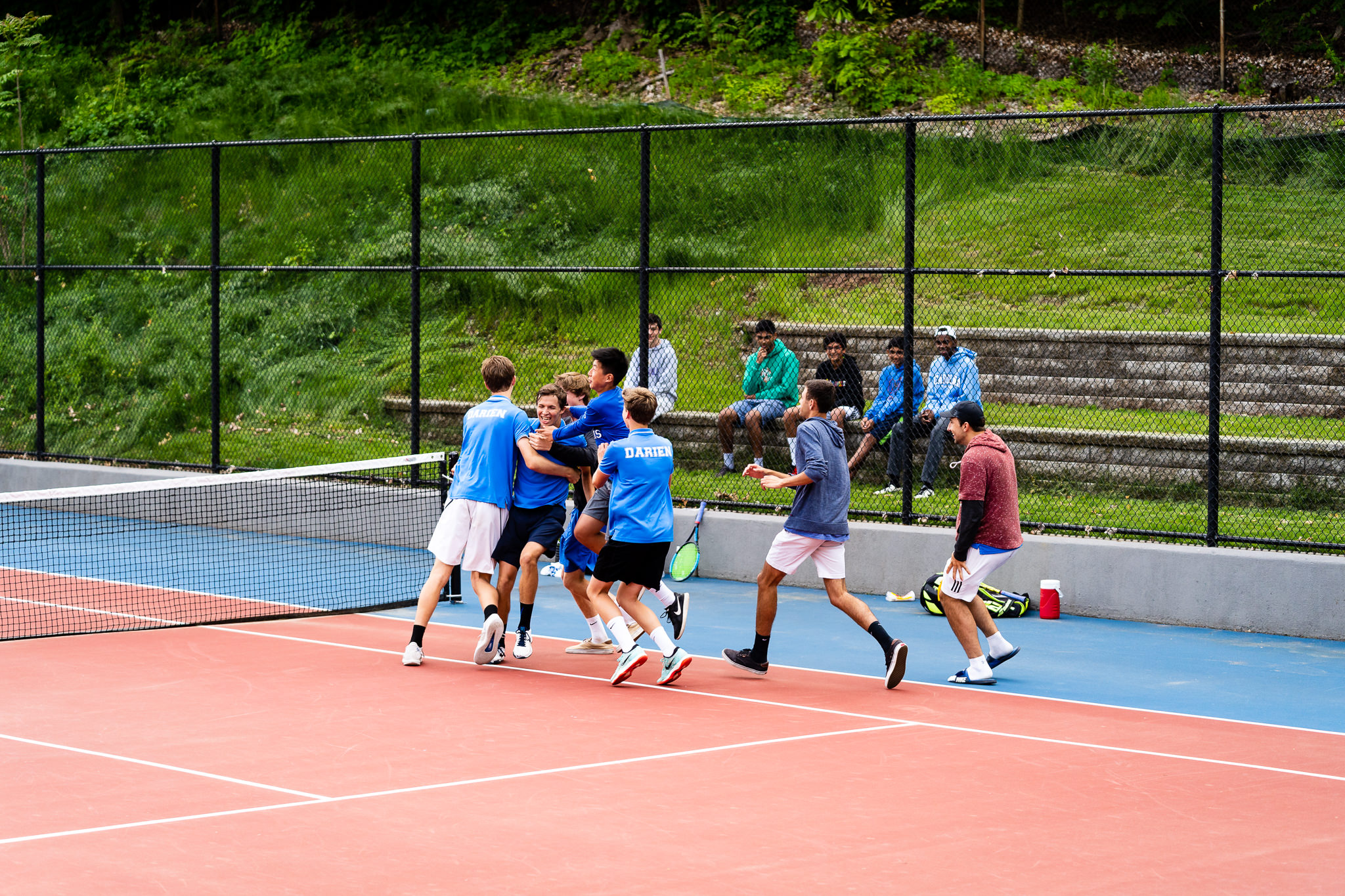 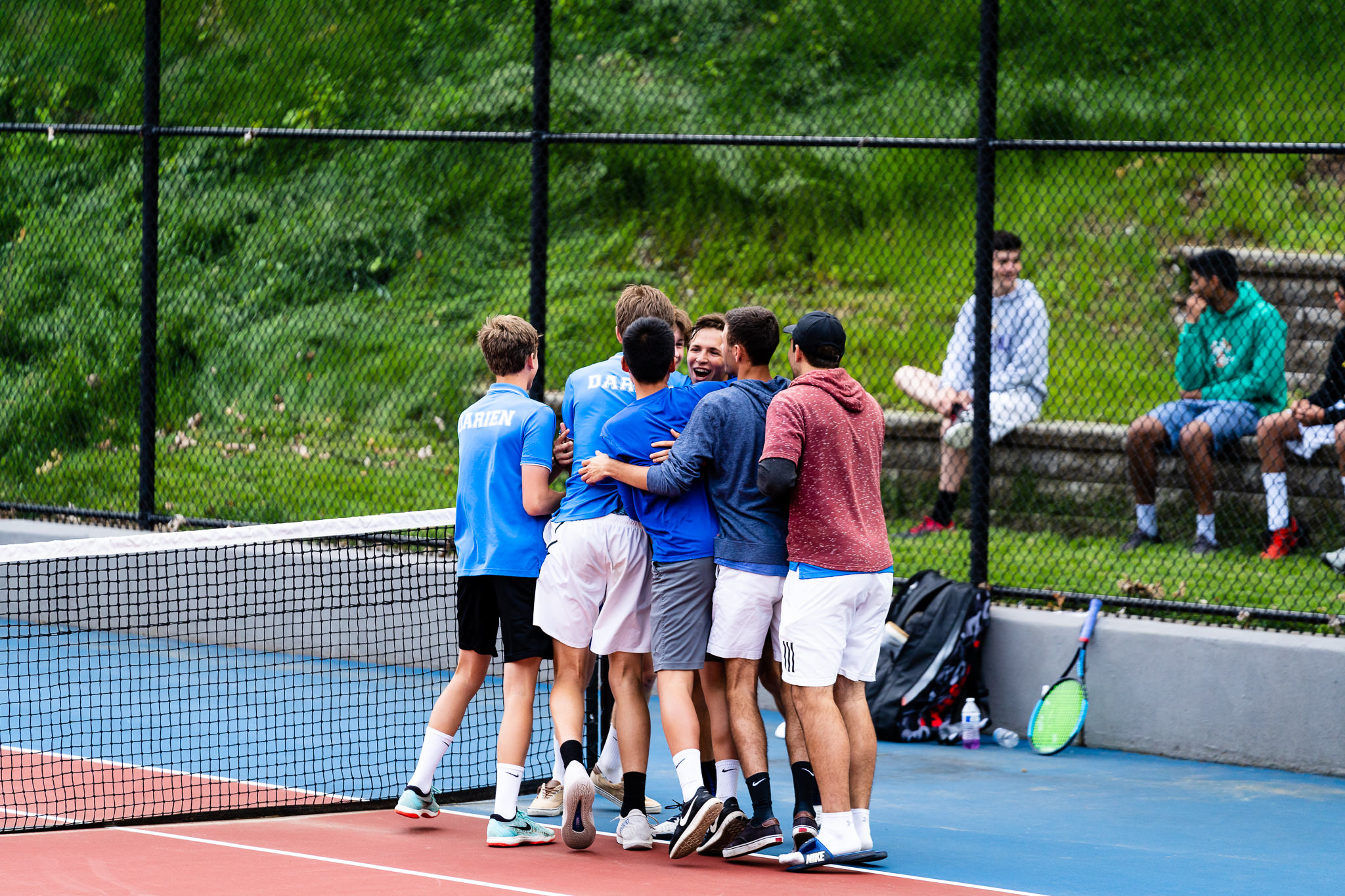