CONGRATULATIONS to the team for their huge sweep at the 2019 Class L State Tournament: Team Champions, Singles Champions, and Doubles Champions!

The team posted an impressive 28 points for their play throughout the tournament, leaving New Canaan far behind with 24 points and last year’s winner, Daniel Hand, with only 20 points. It has been ten years since Darien held the Class L State Title, and the win is made even sweeter by the sweep of the individual event titles as well.

In the doubles bracket, the D1 team of Roman De Caprio and Chris Calderwood posted a decisive victory in their final round match defeating the D1 team from New Canaan of Luke Crowley and Jack Moore 6-3, 6-0. With huge serves and aggressive net play, the pair kept their foot on the gas after a relatively tight first set with only one service break and never looked back in the second.

Meanwhile, Michael Karr was determined to put on a better show for the crowd. After losing the first set 4-6, at almost the same time the doubles teams completed their whole match, Michael came fighting back to take the second set 6-3. Looking ridiculously cheerful for someone in the midst of an incredibly intense and physically demanding match, Michael headed out after the break to play the third set.

Nick Condos of Wilton took the lead early in the third and got up 5-3 with double match point. Michael, tough as steel and relentless, fought off both match points and took the game to break Nick’s serve. Michael won his serve, broke Condos again, and was serving for the match himself on two points. Nick managed to hold off Michael for both and took the game this time, making the score 6-6 and forcing the tiebreak. The tiebreak was equally as tight, with neither player getting up more than a point or two before the other came back to tie it up. Finally, Michael pulled ahead and closed the match out 7-5 after playing for 3 hours and 25 minutes. Well done to both players, it was a magnificent match.

Congratulations again to the whole team on a great States win, and good luck to Michael and Chris and Romano as they begin the State Open tournament on Sunday, June 2 back at Wesleyan! 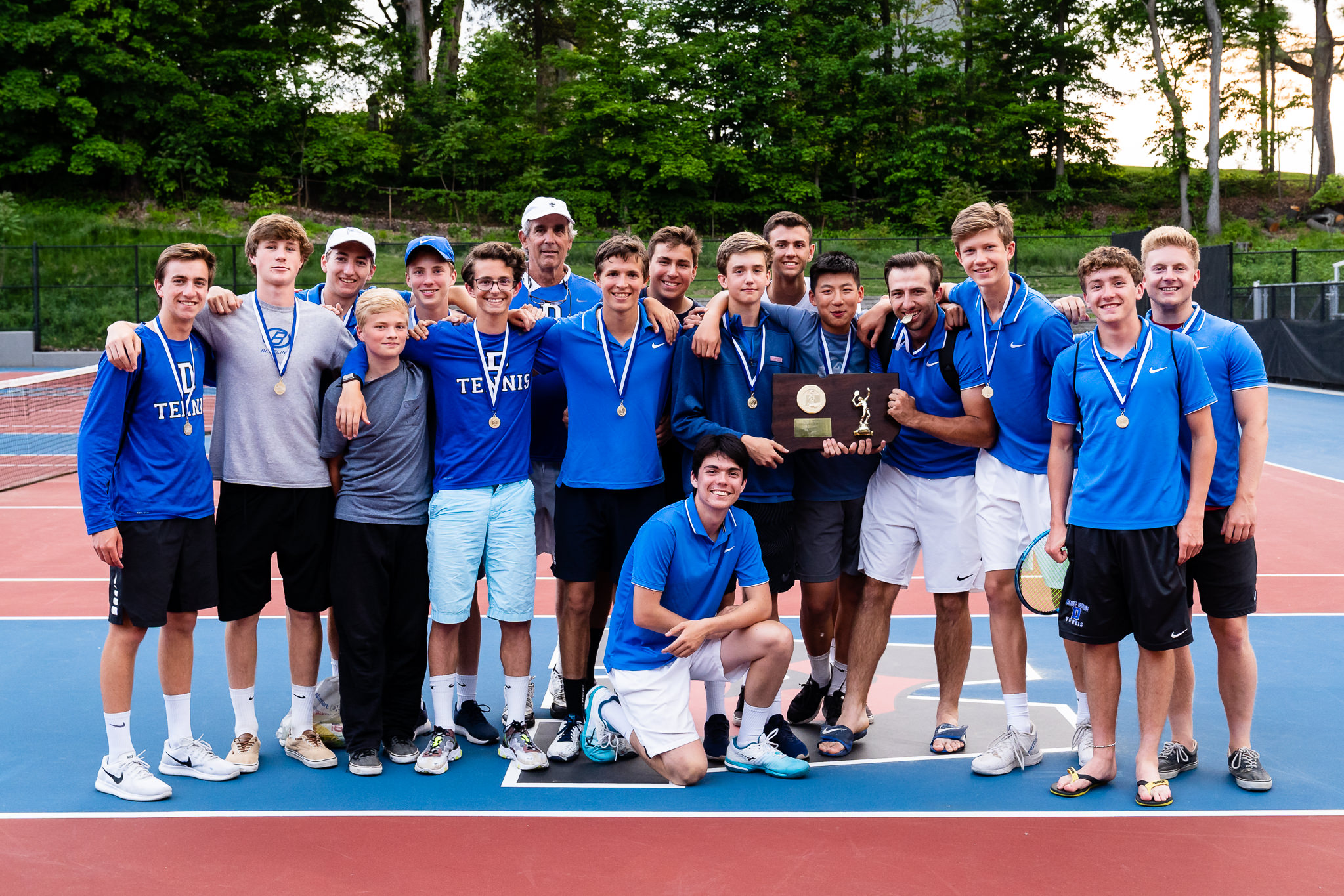 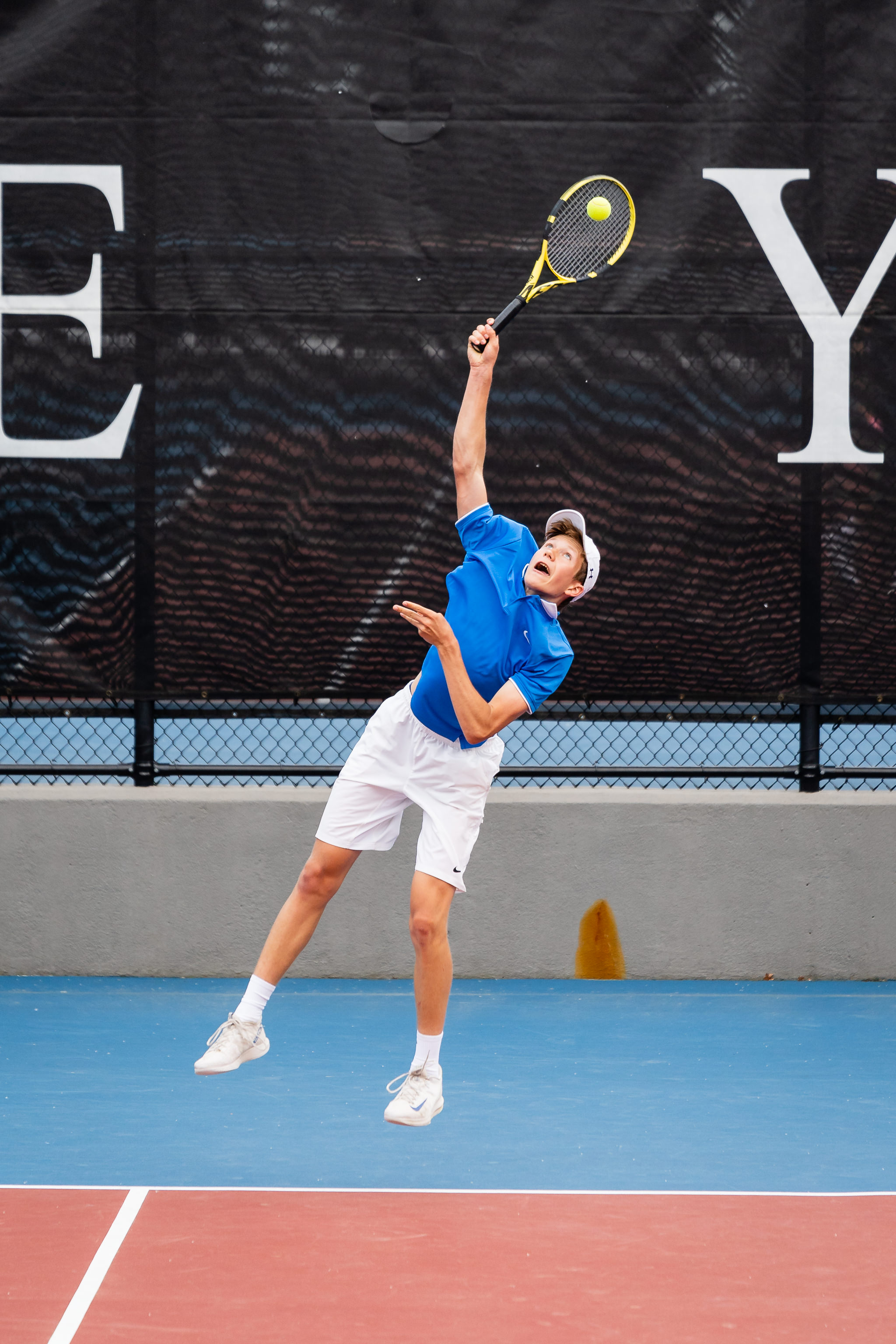 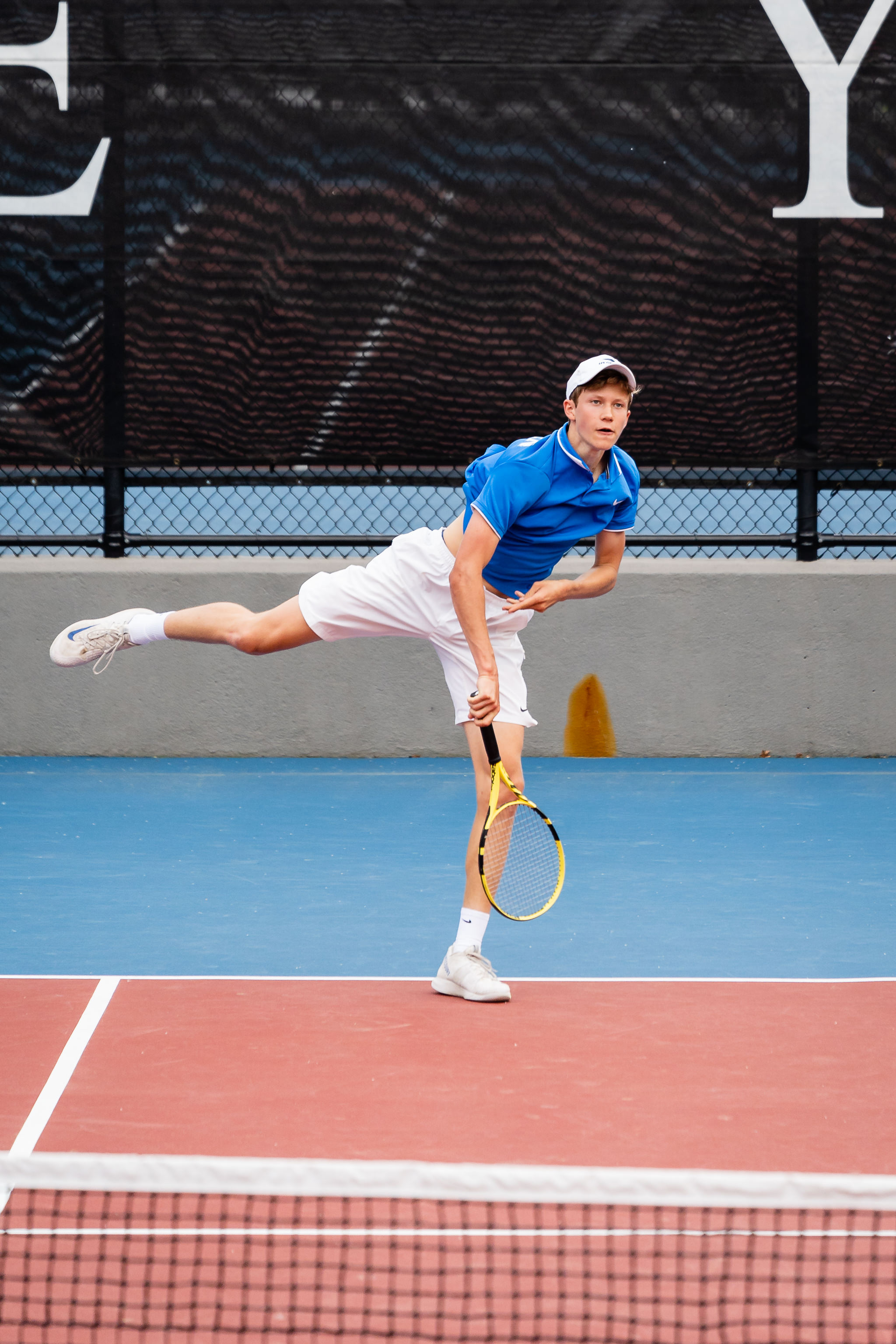 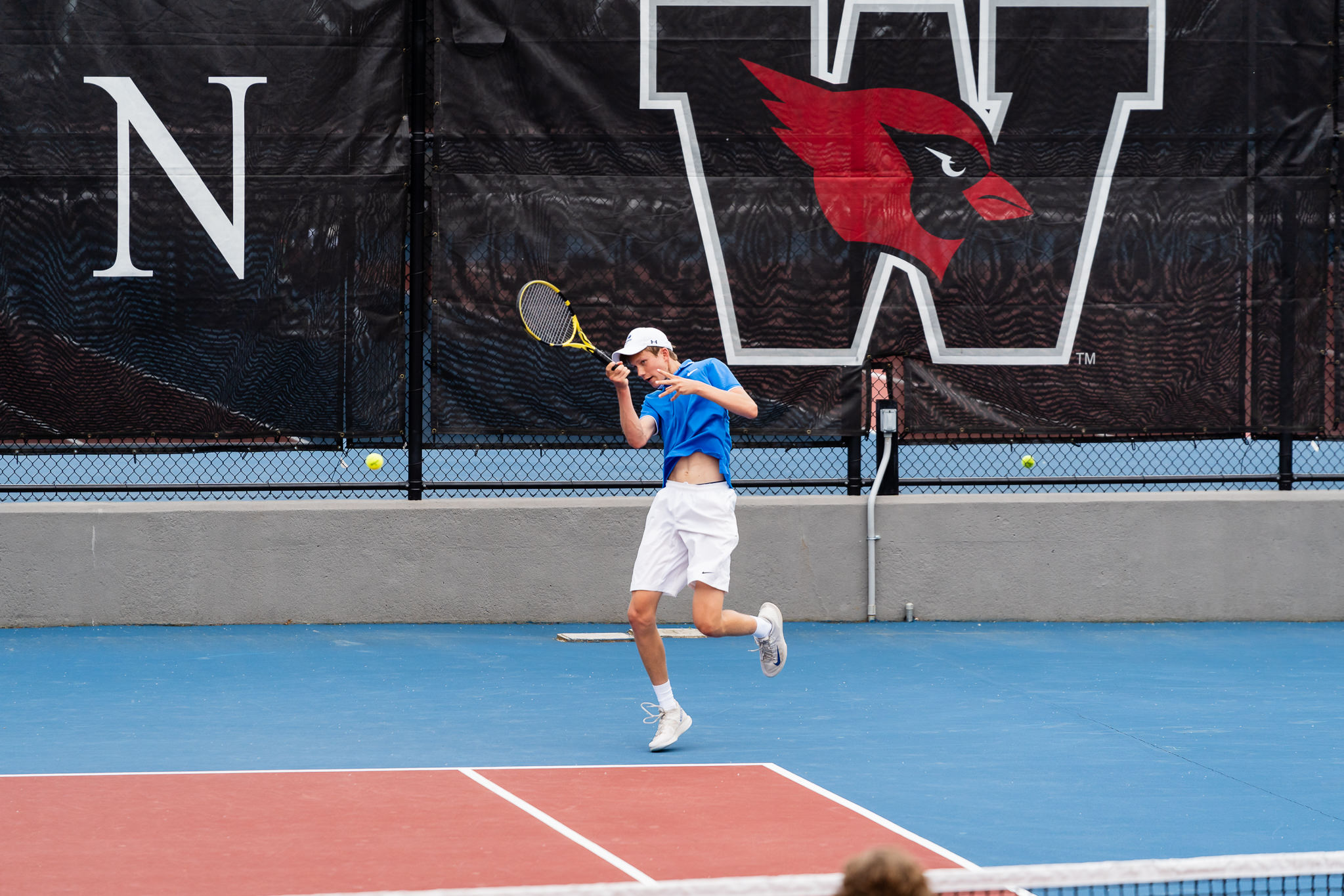 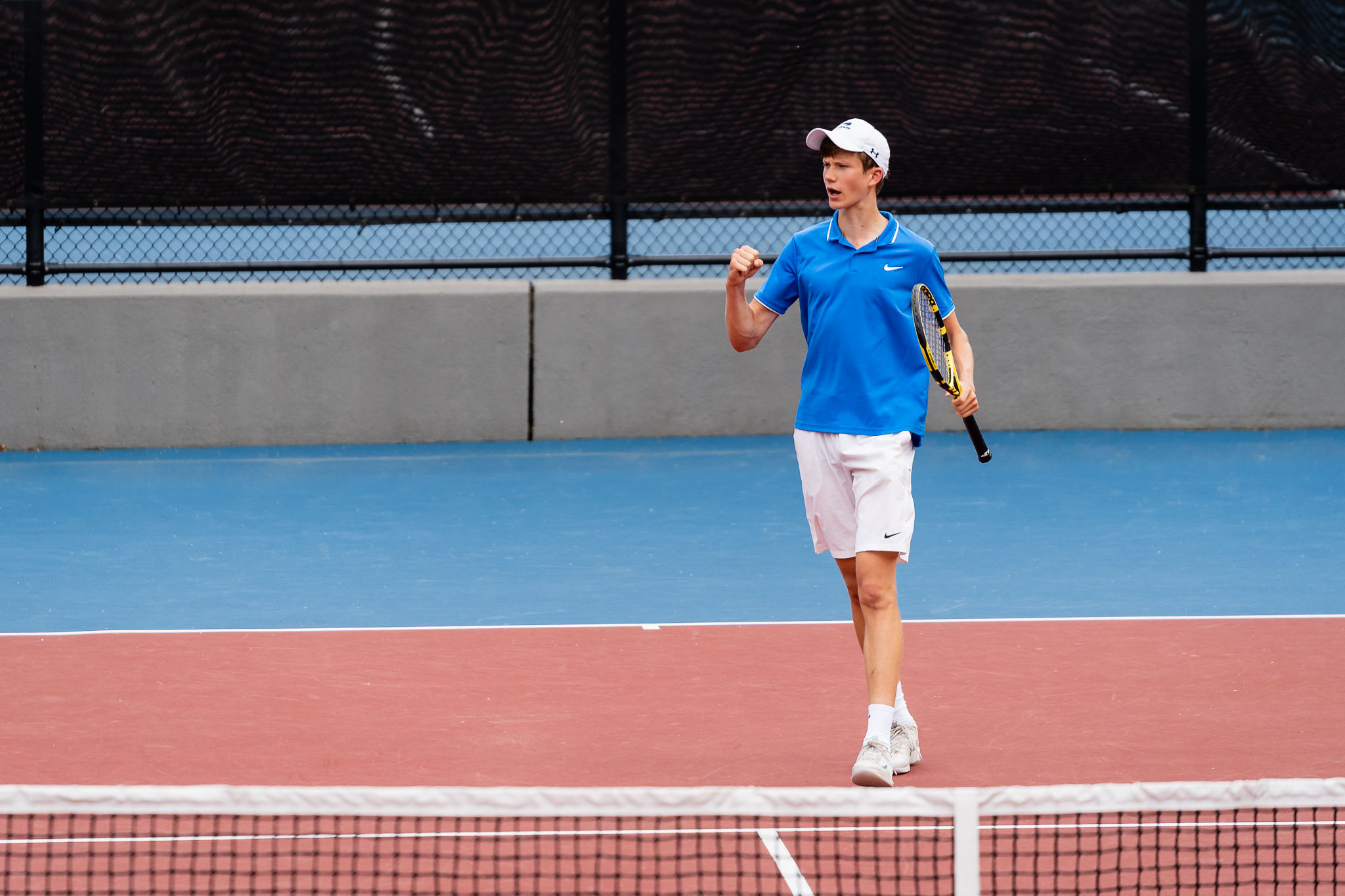 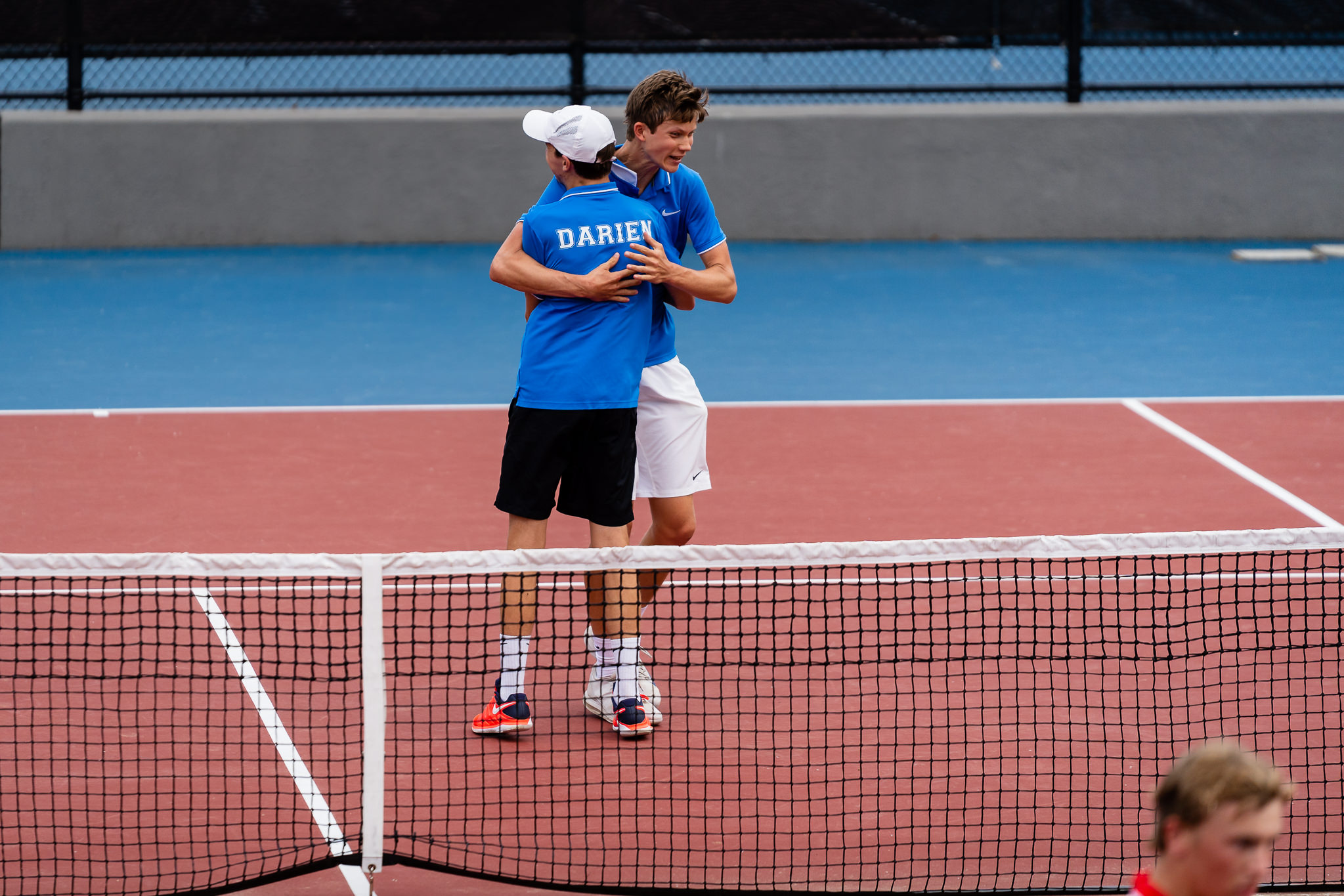 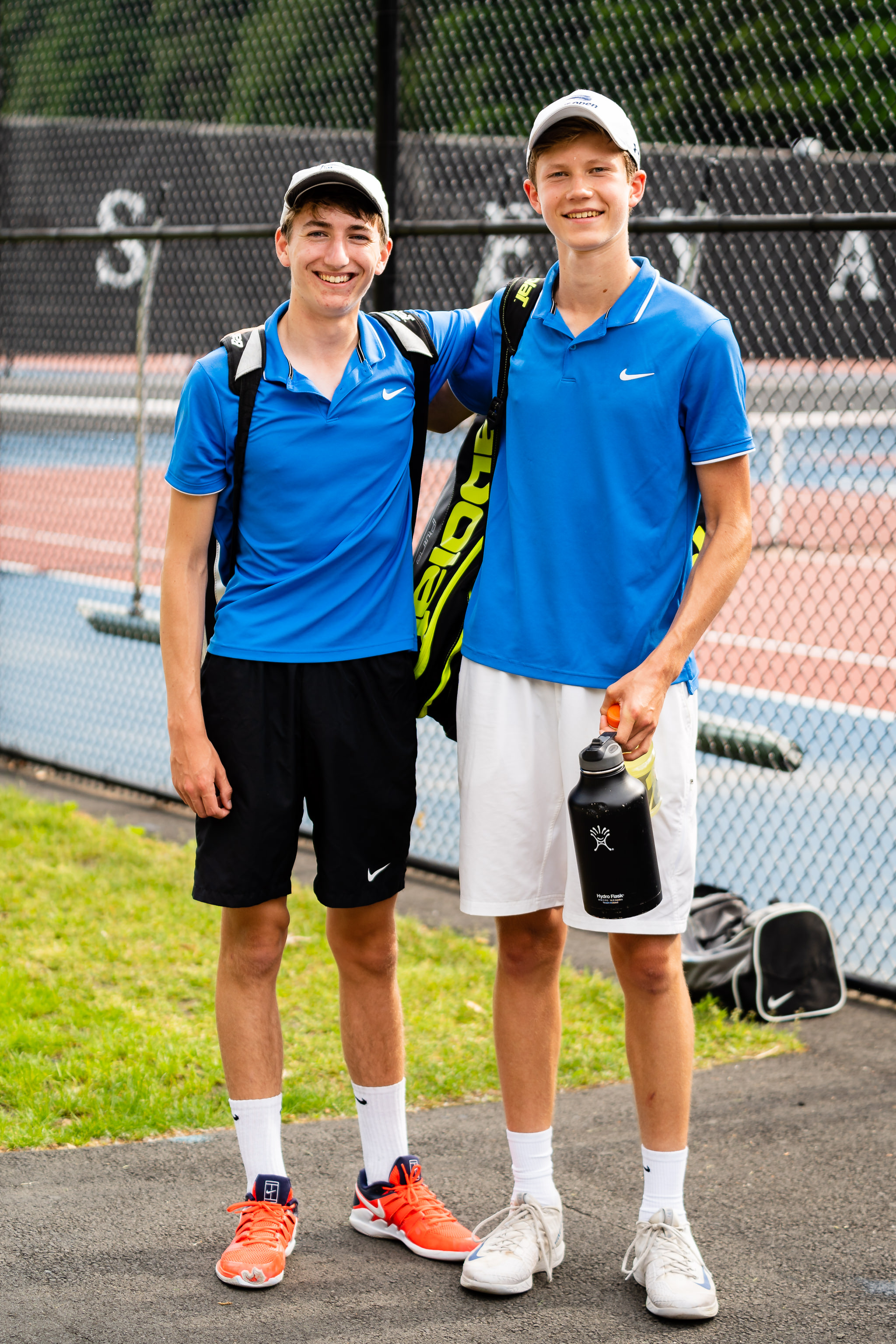 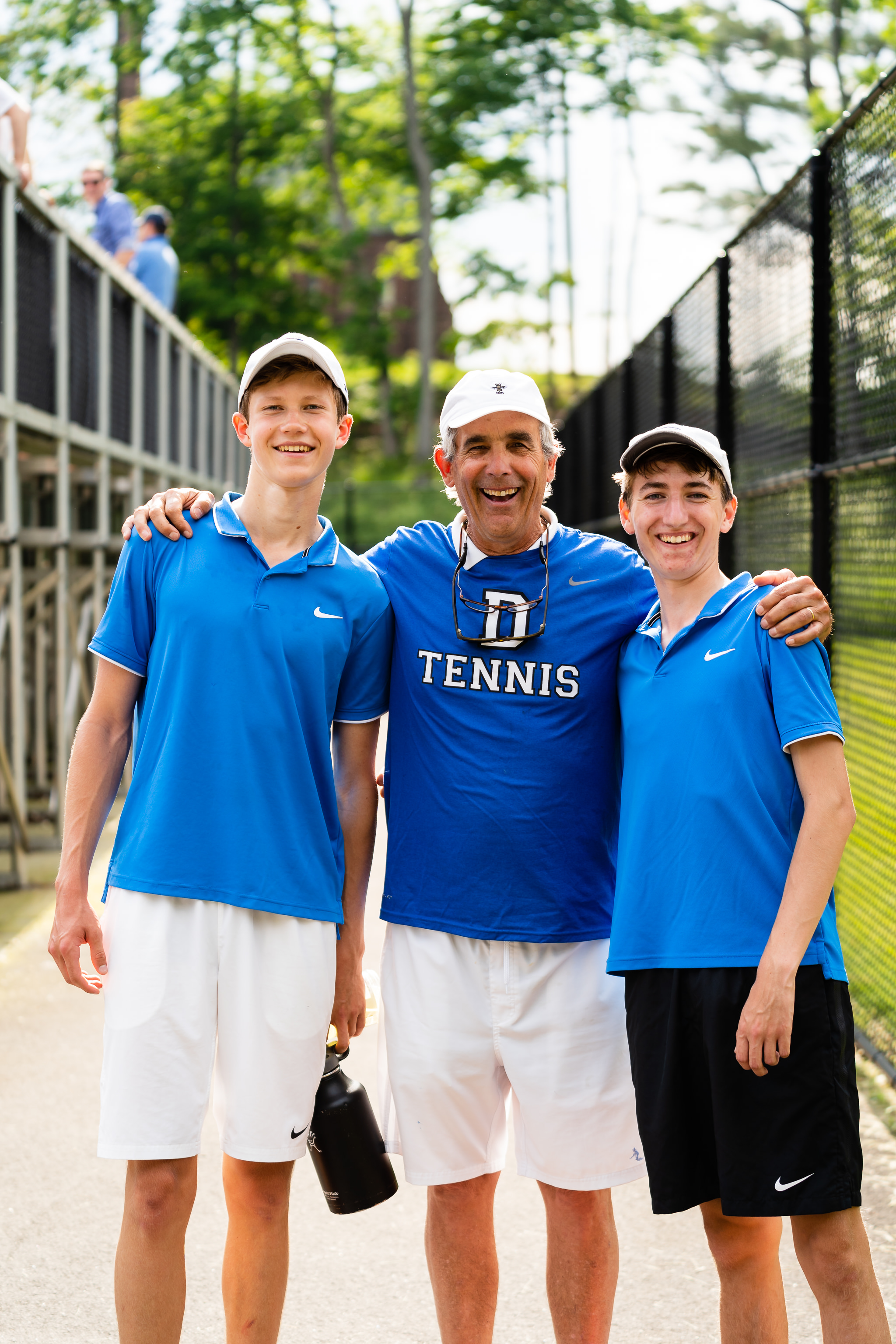 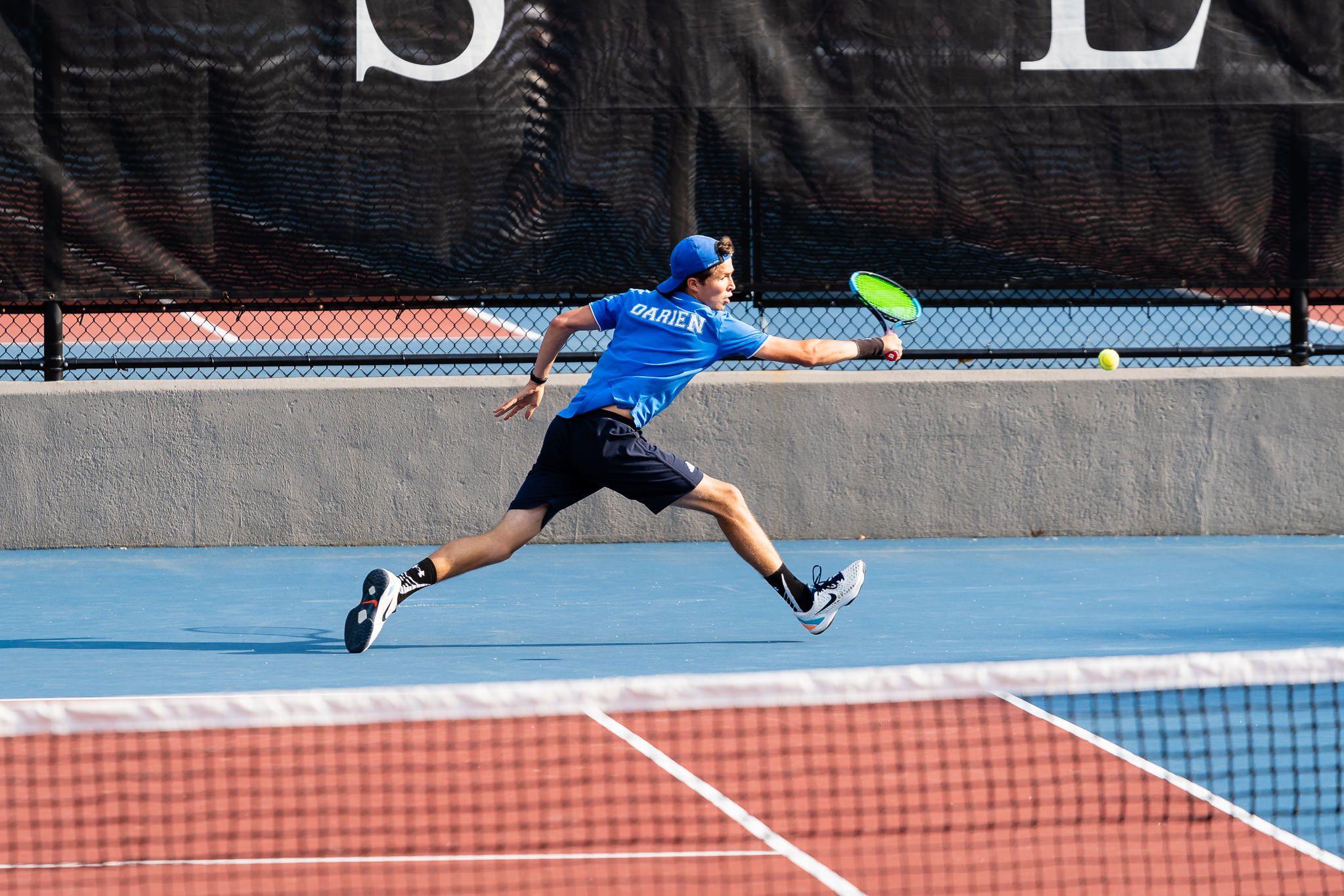 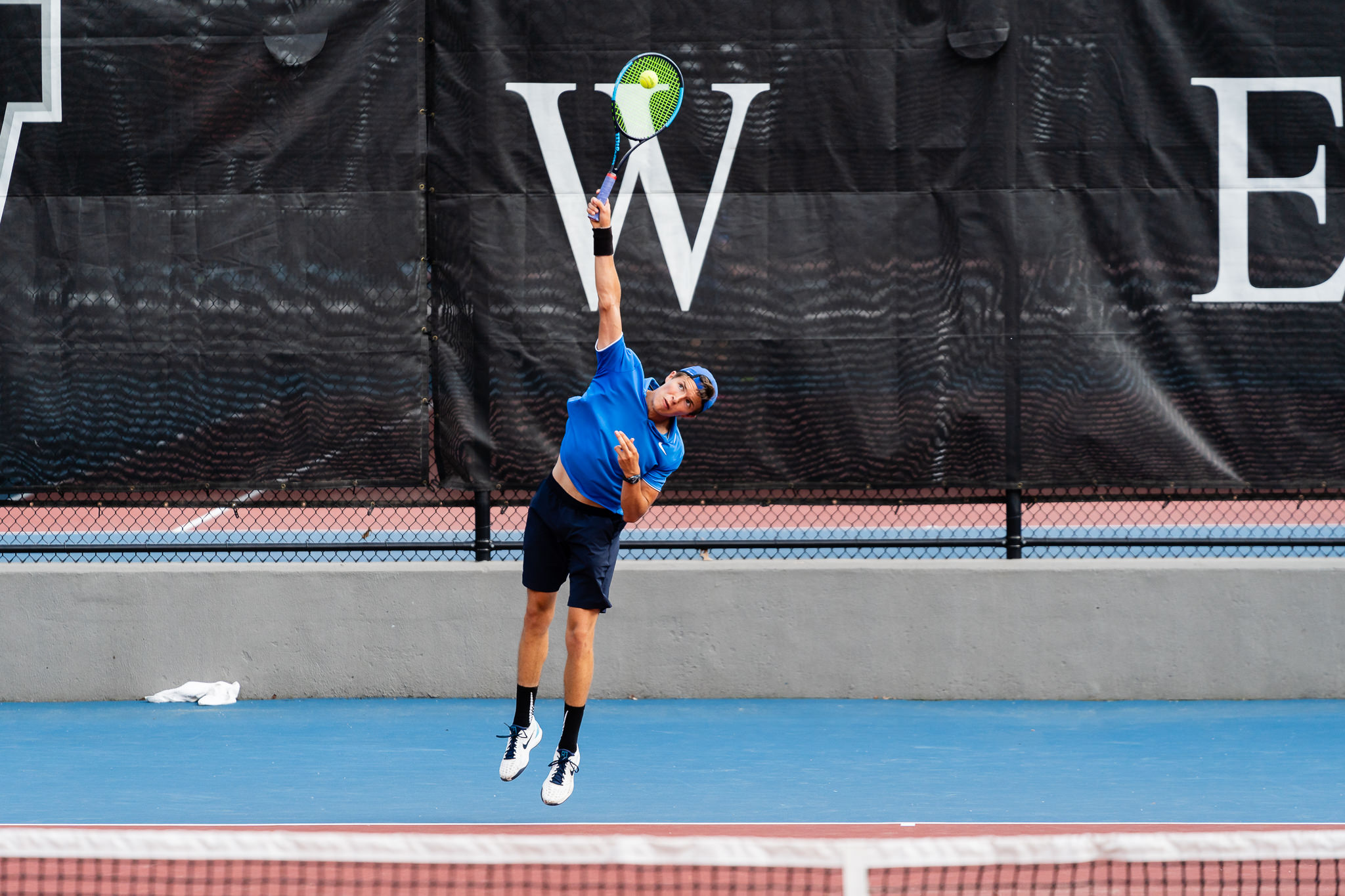 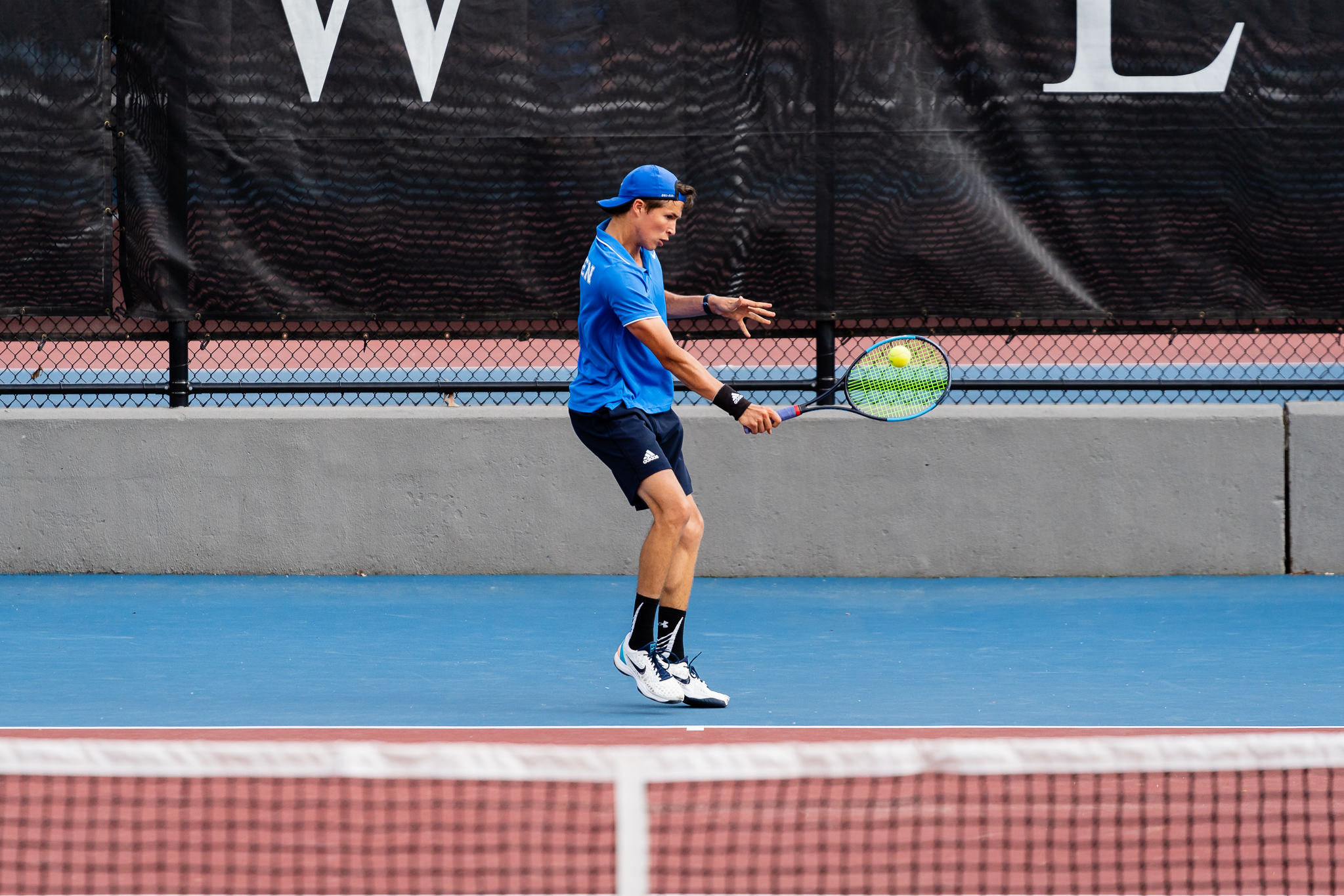 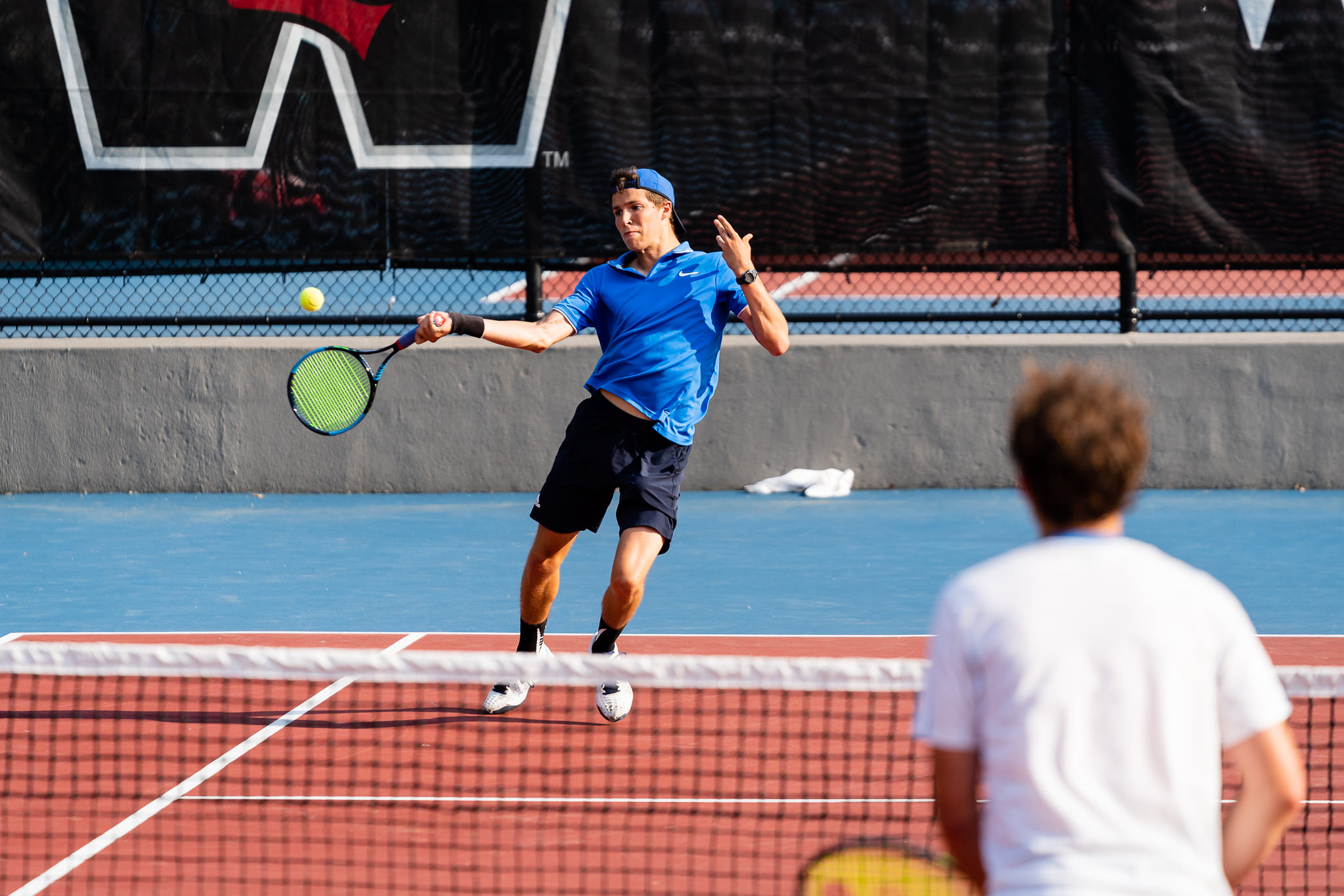 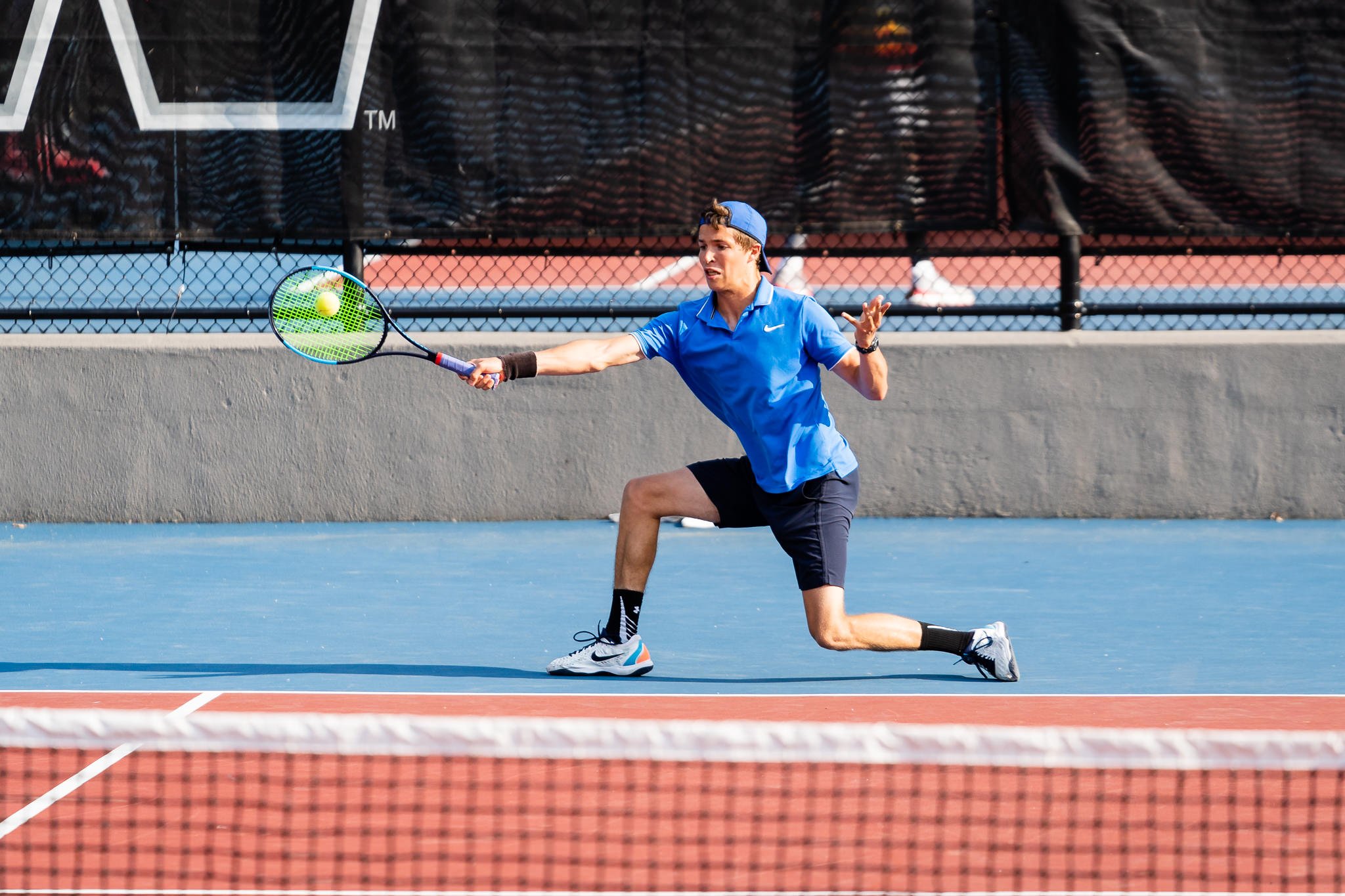 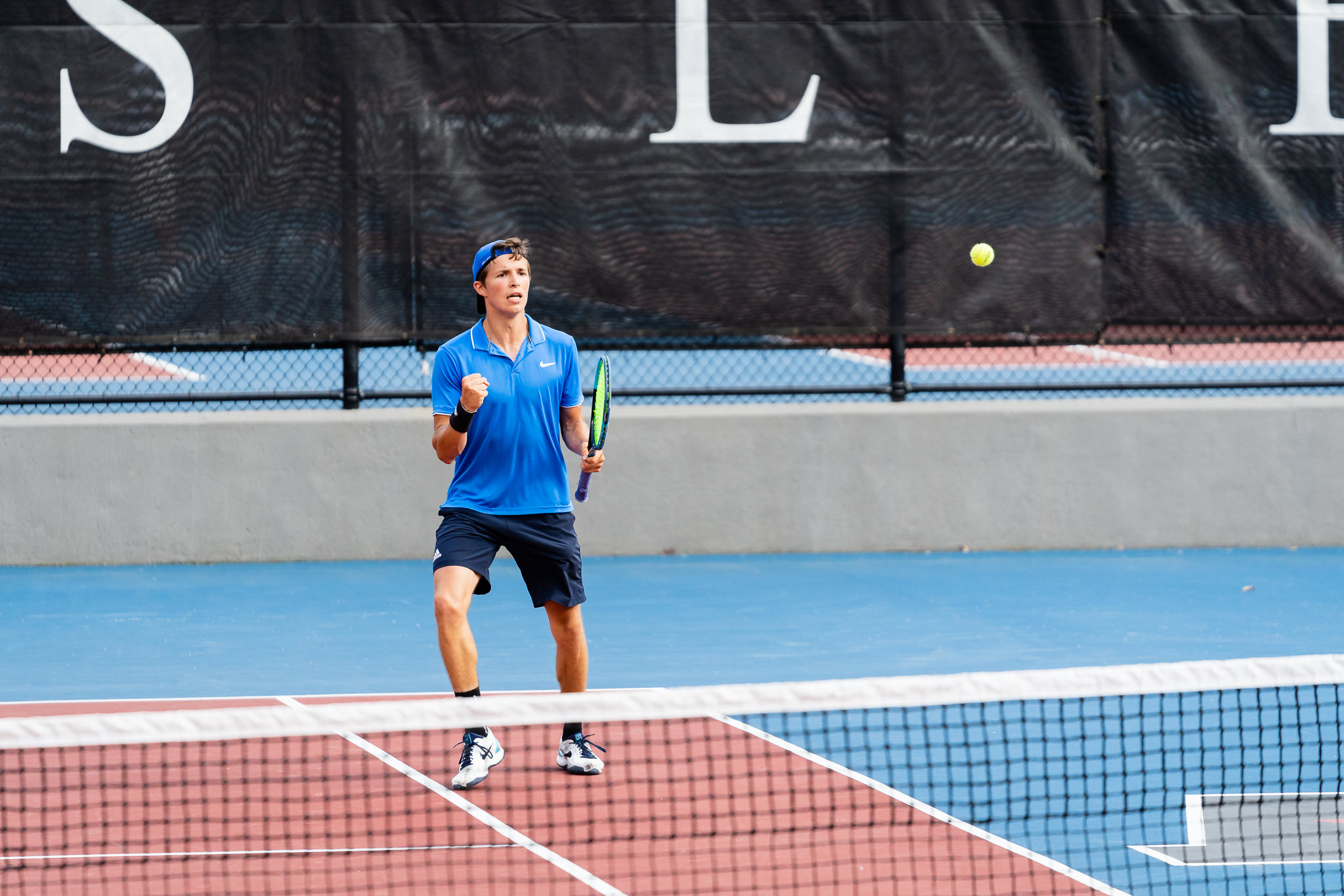 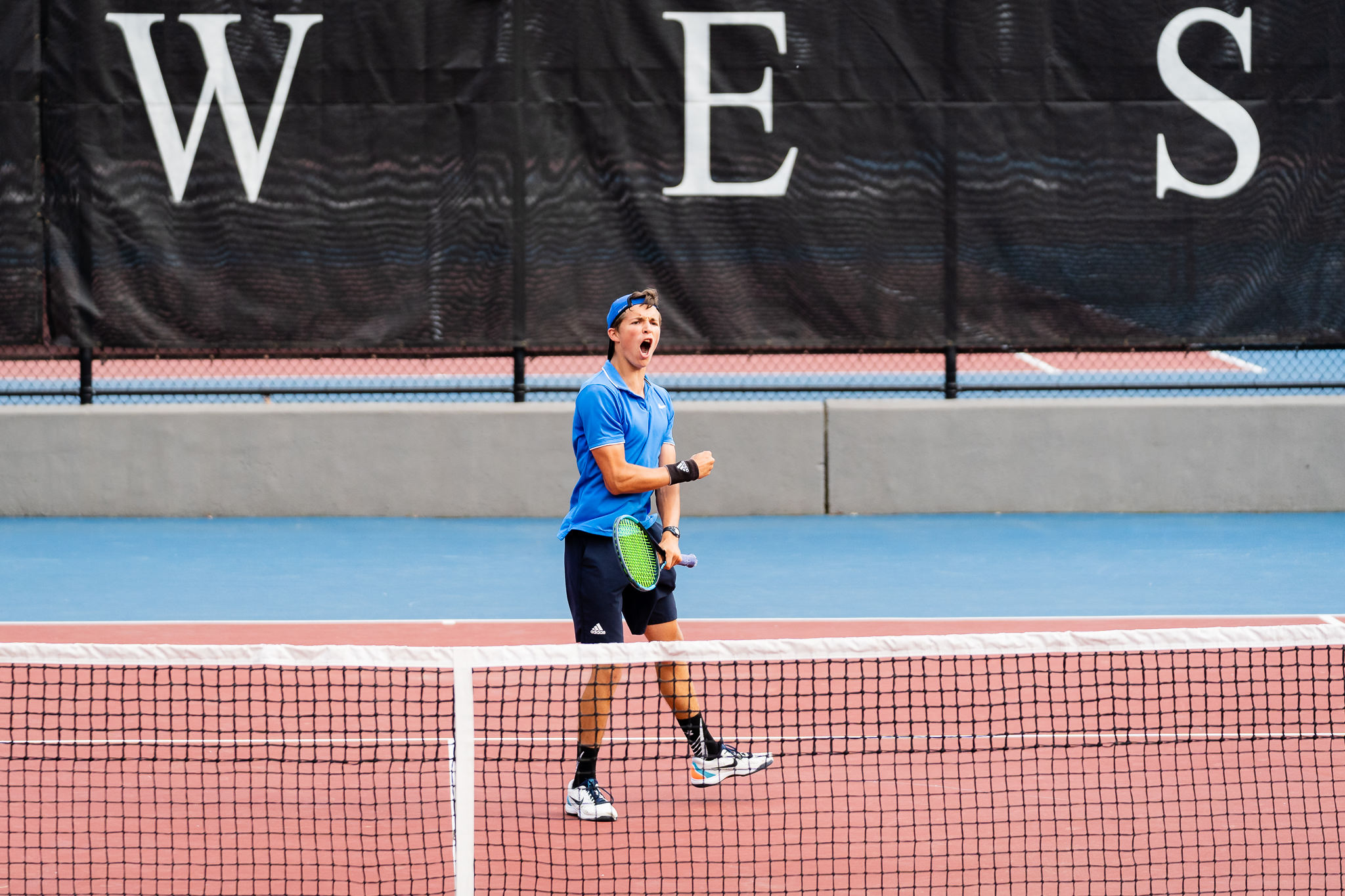 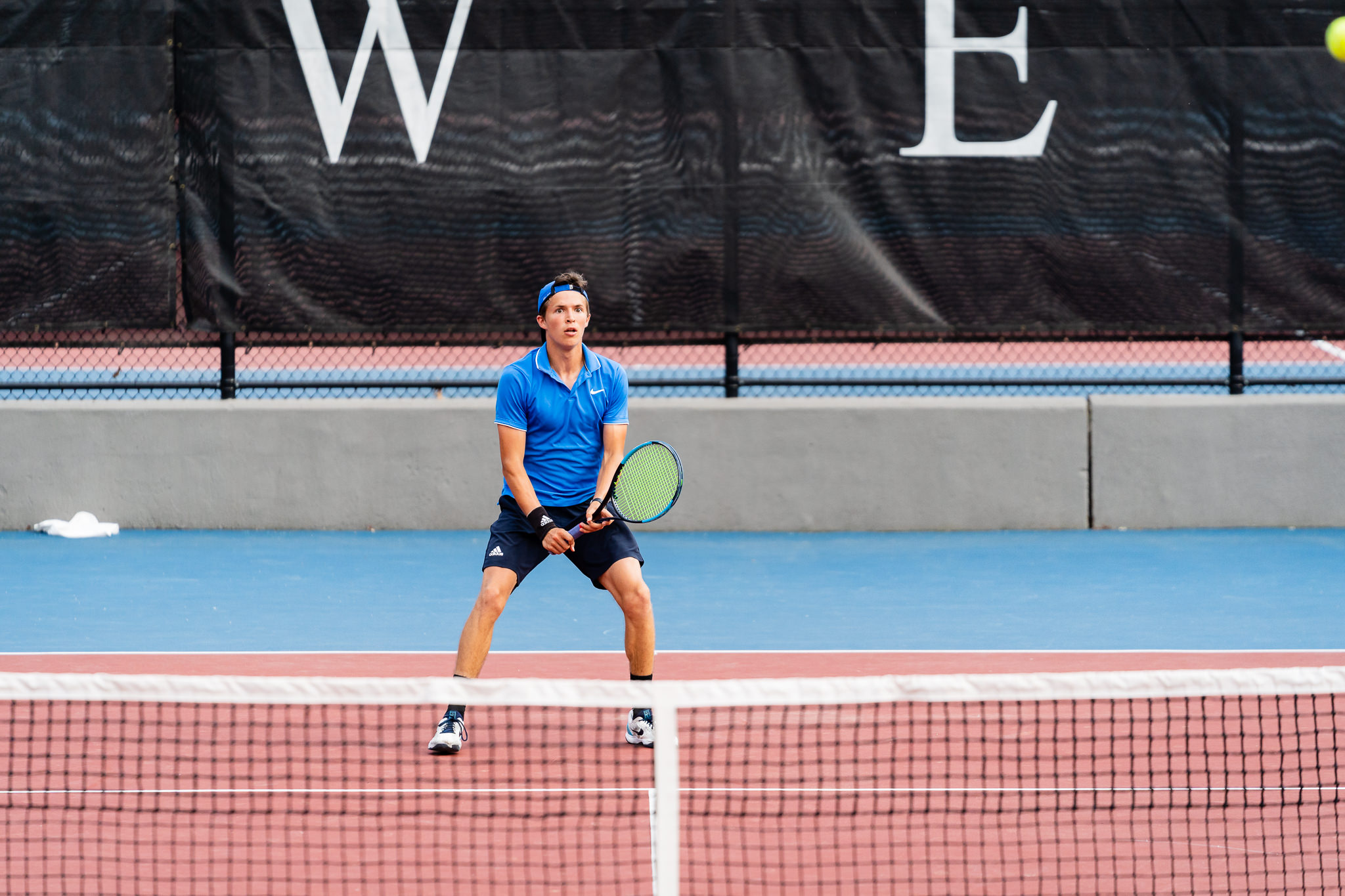 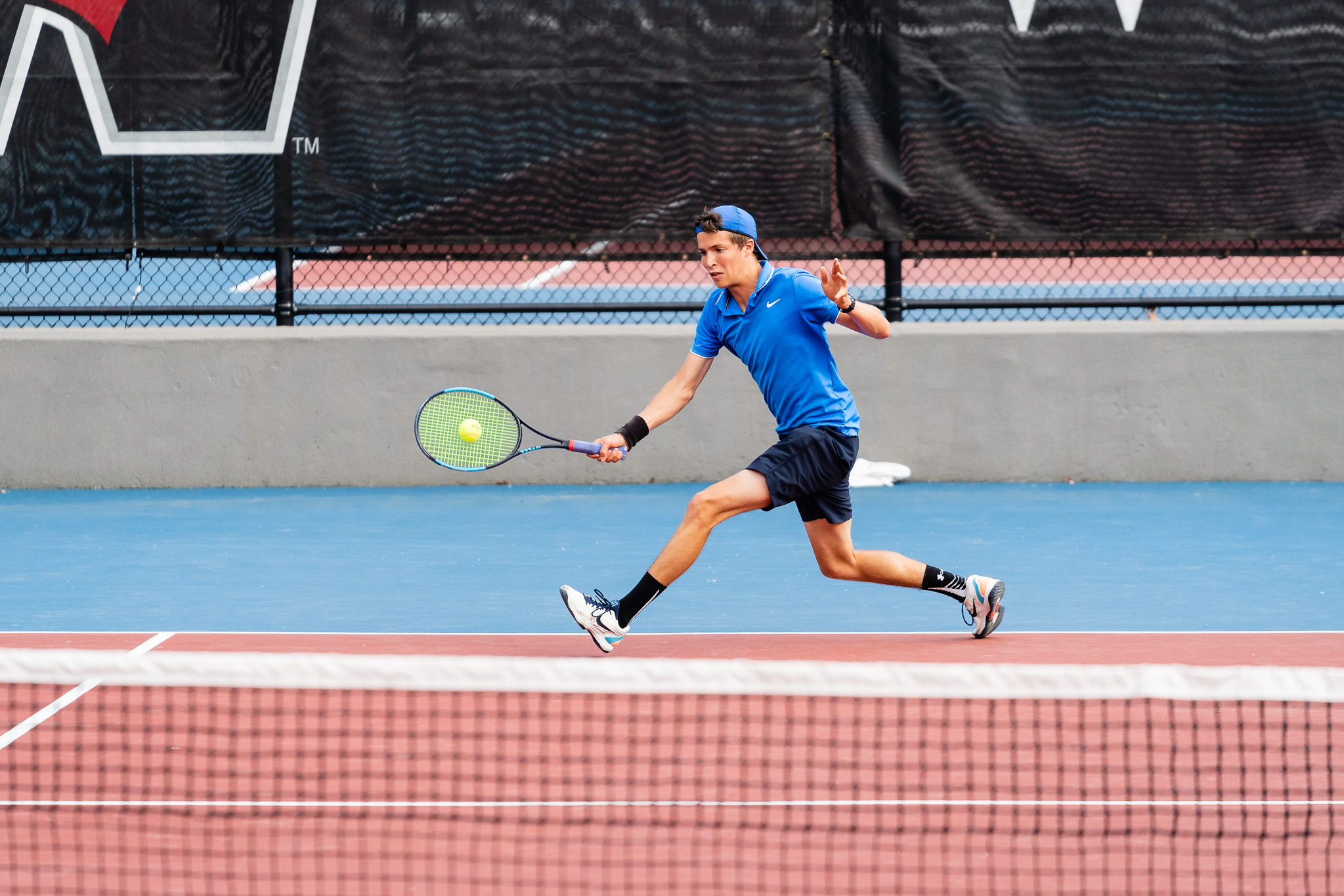 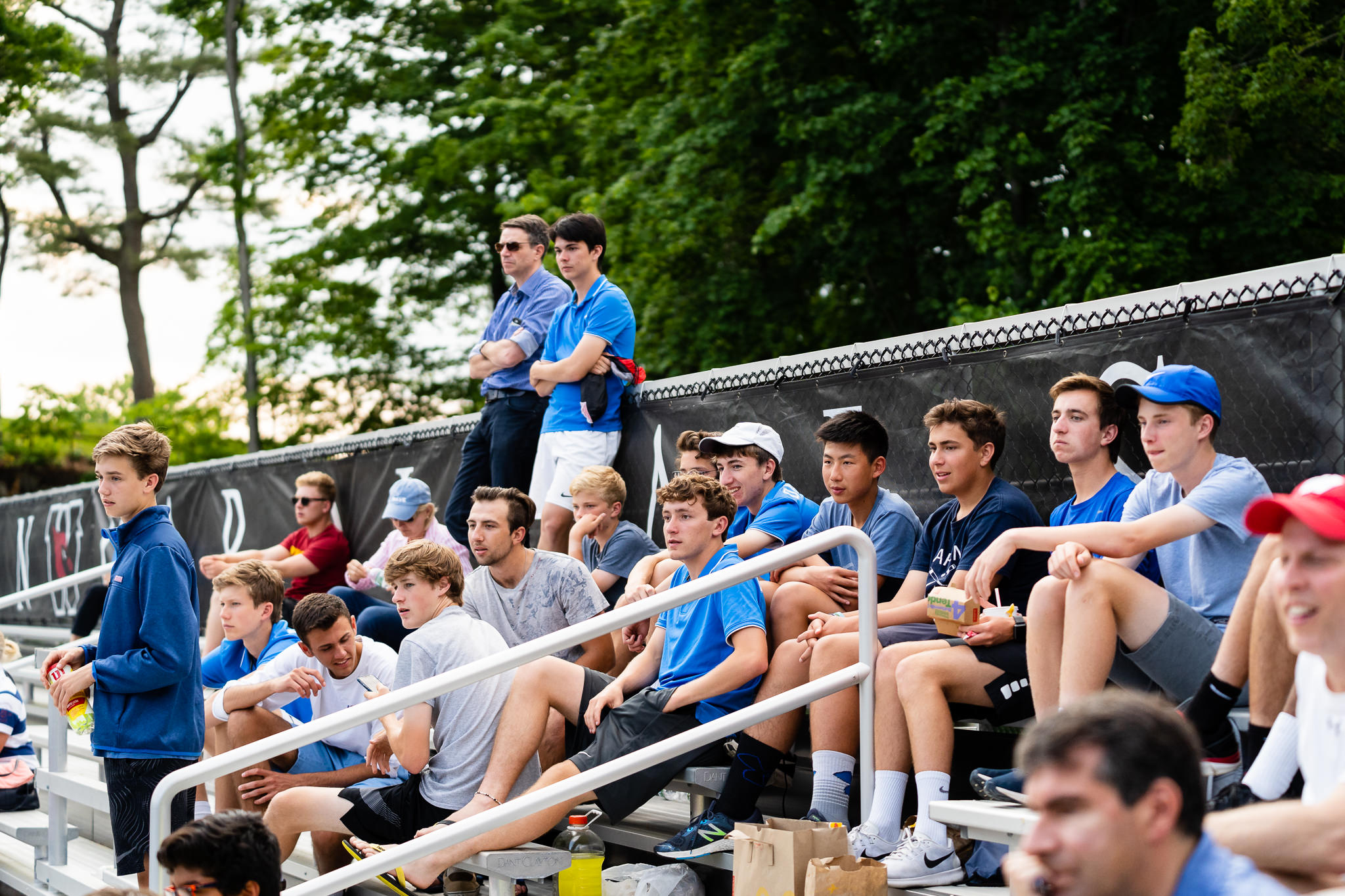 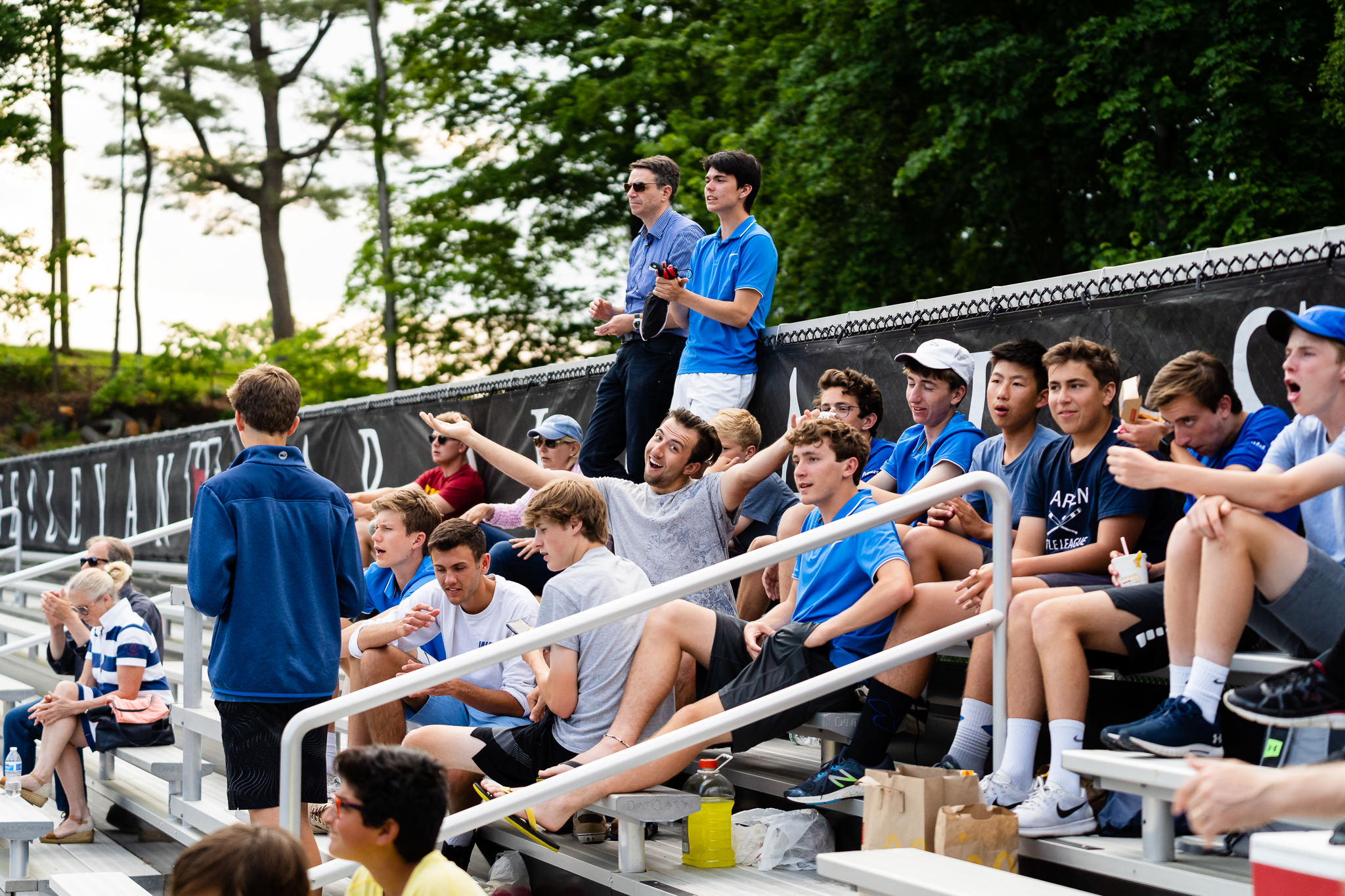 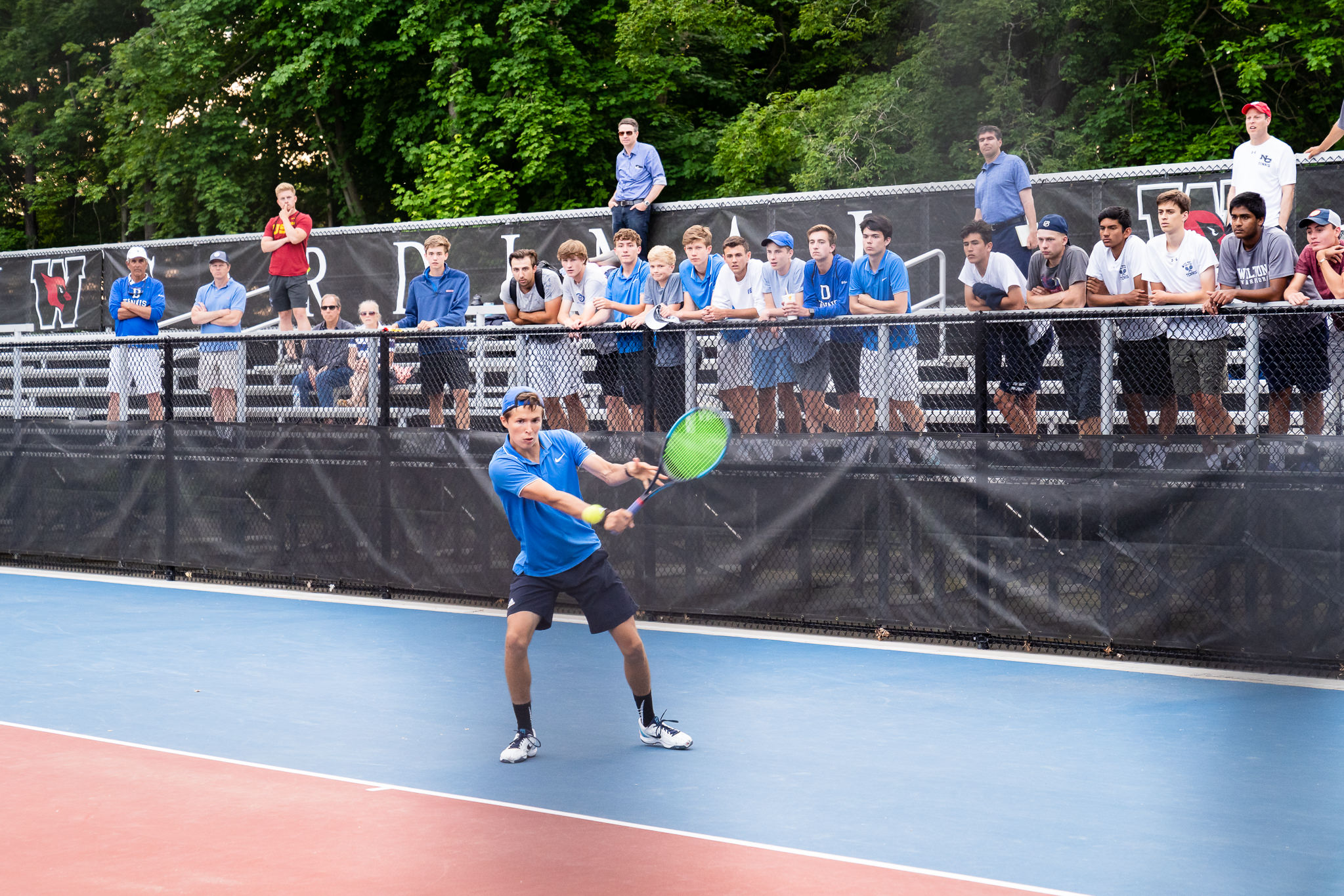 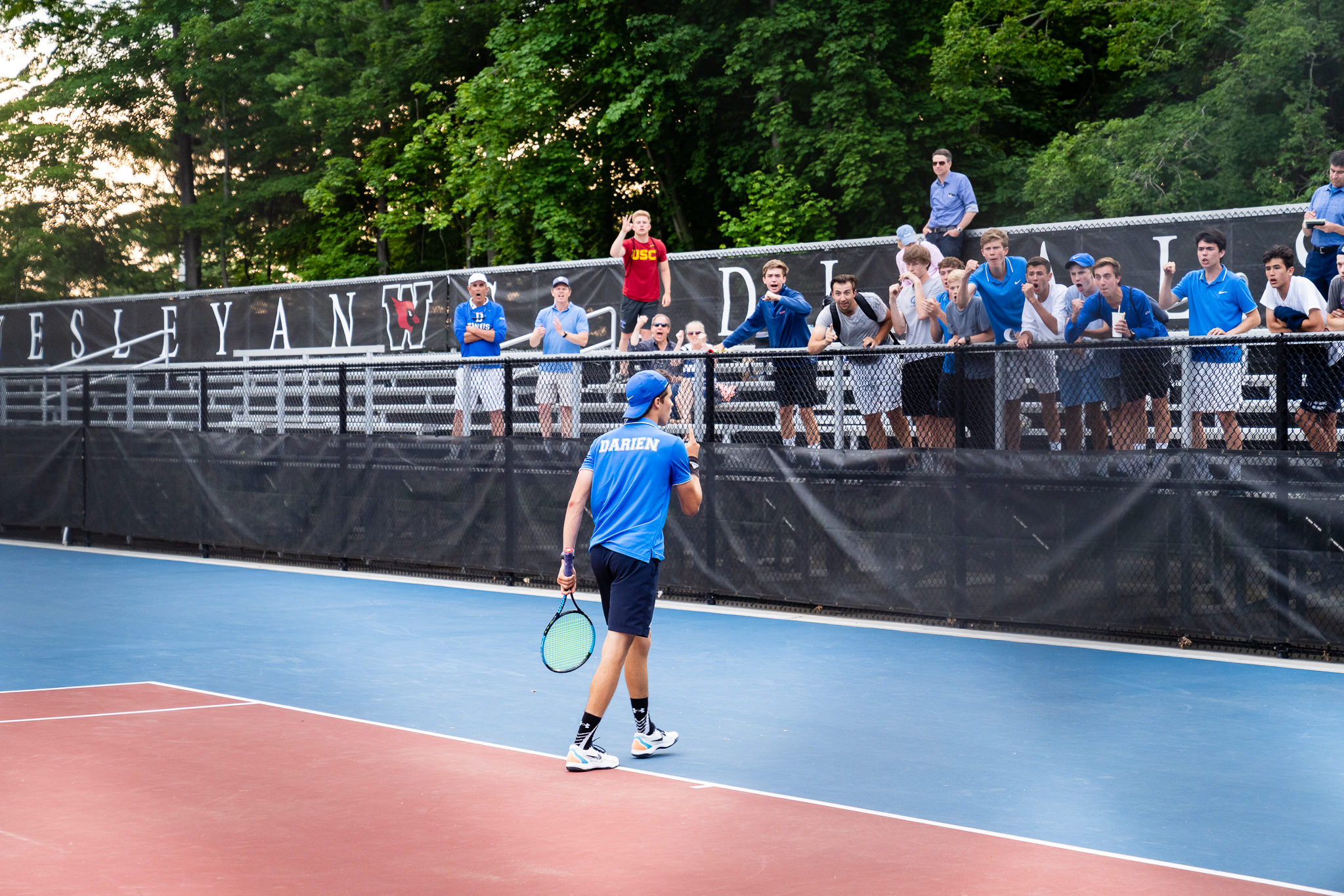 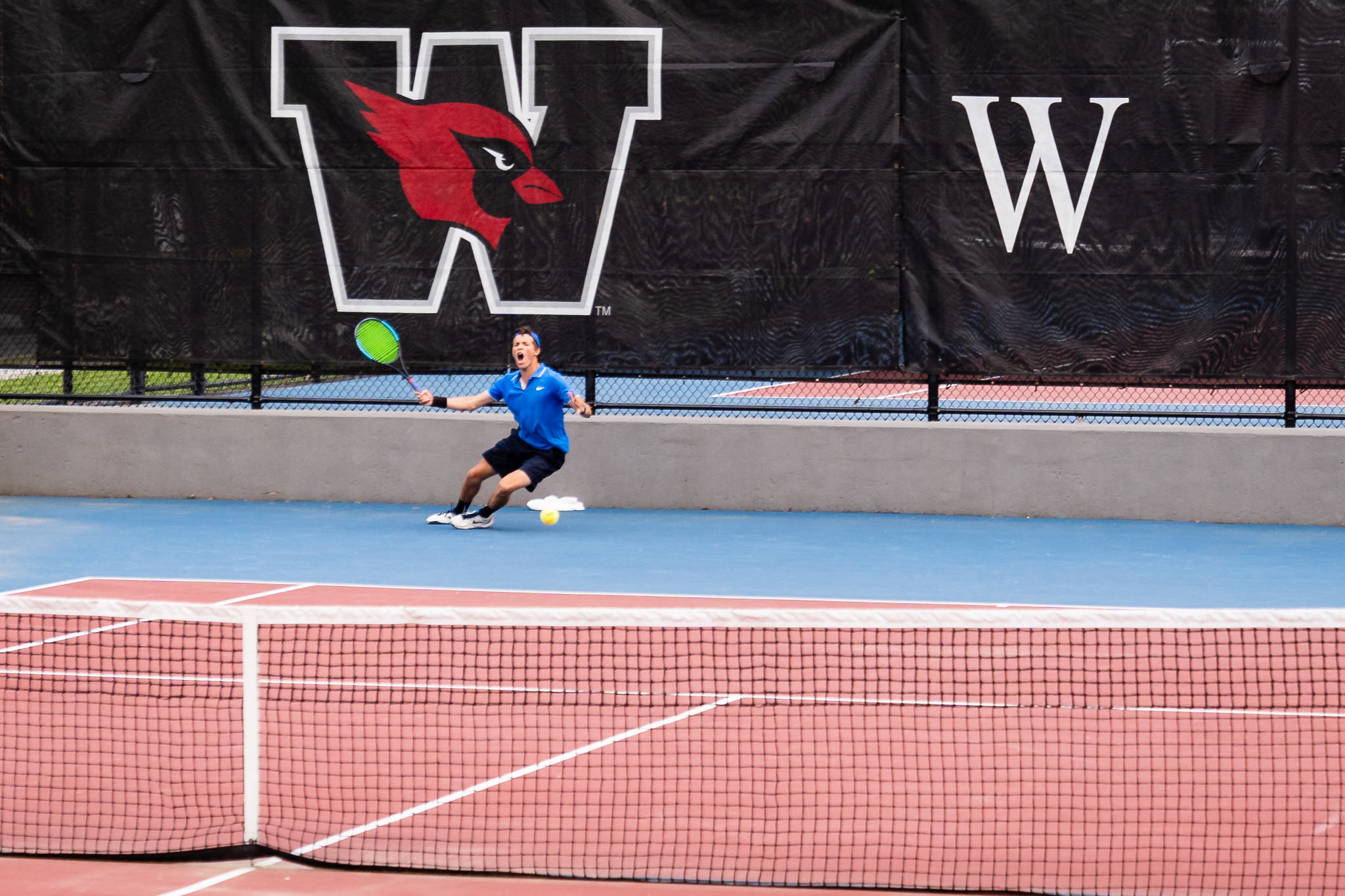 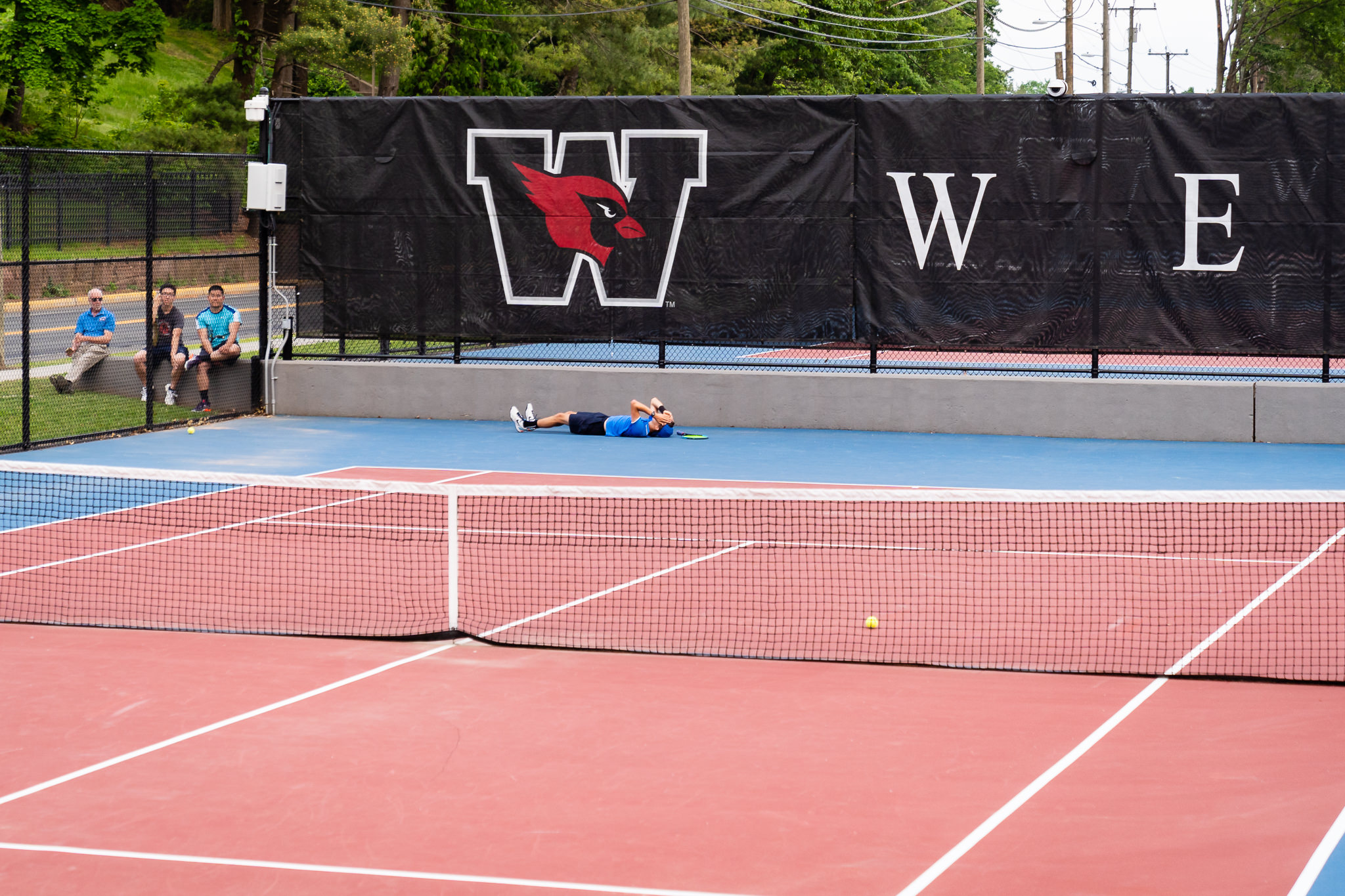 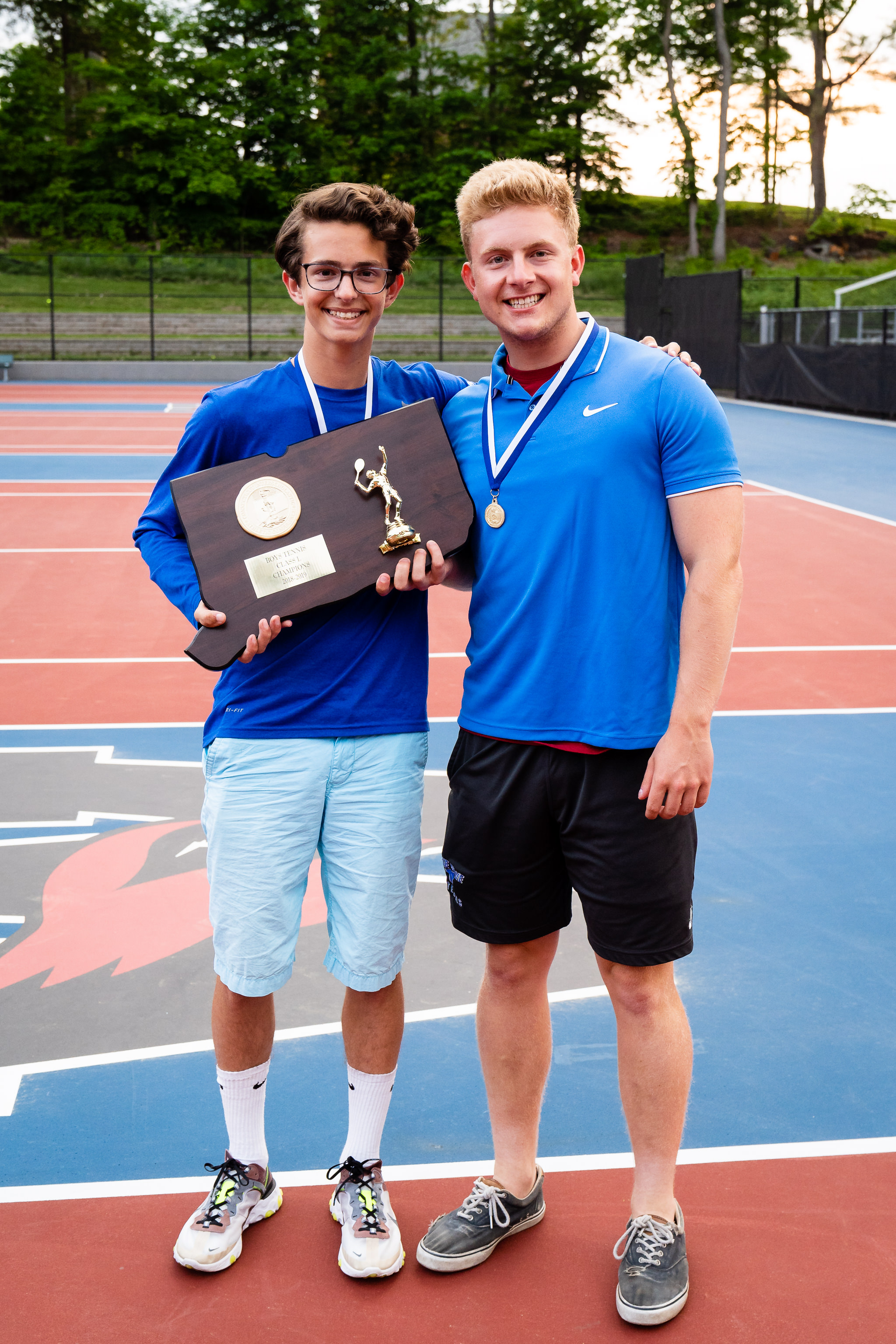 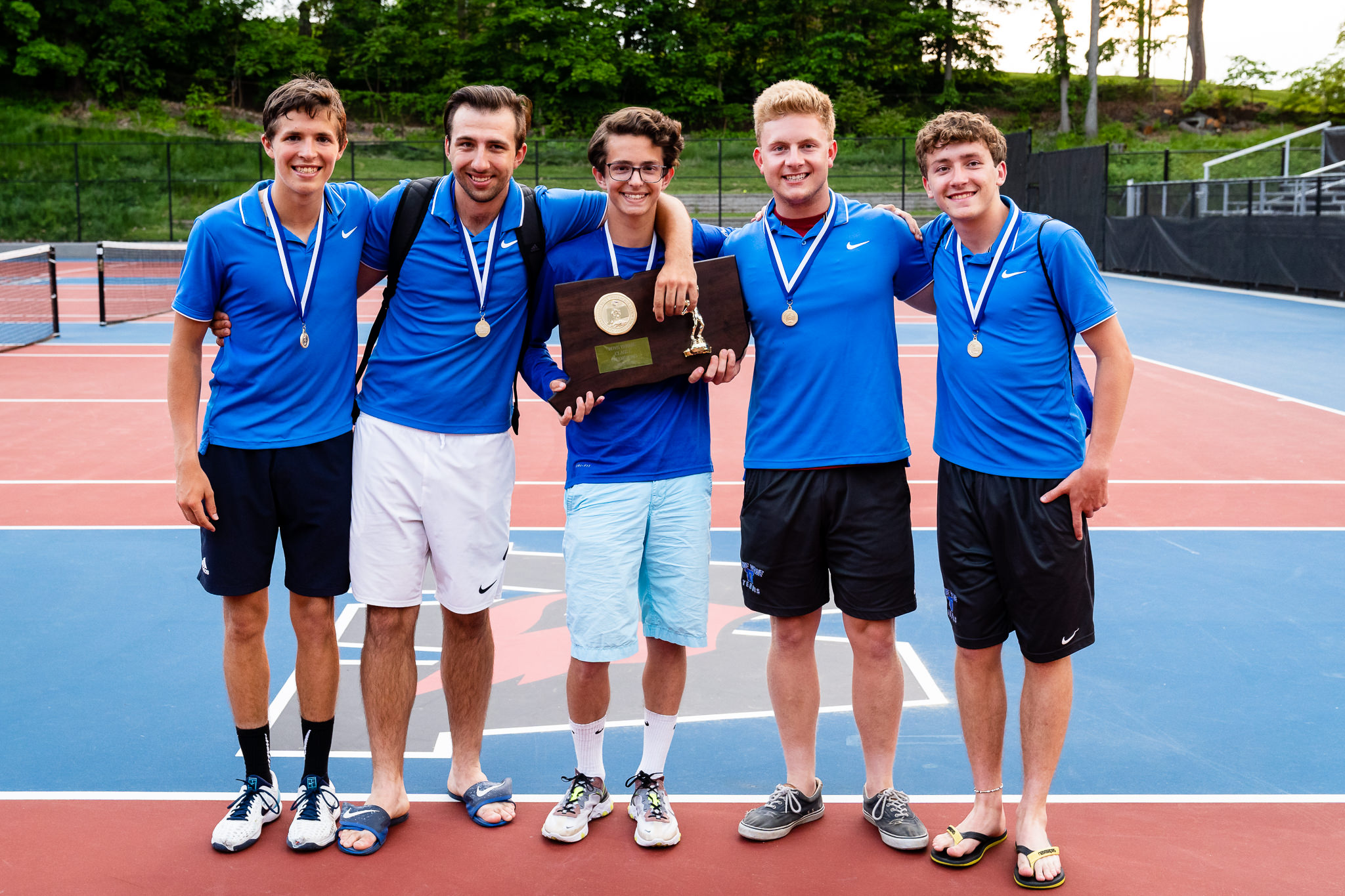